Win for Ballymena Firsts over CIYMS 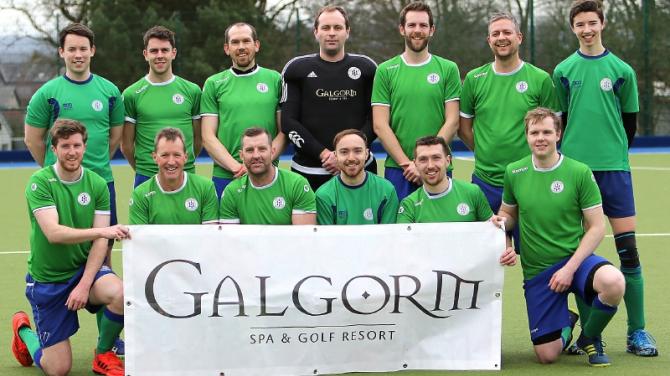 BALLYMENA faced familiar rivals on Saturday with the visit of CIYMS to the Academy.

Following on from last Saturdays lacklustre performance the pre-match tactics were focused on better ball retention and getting back to basics.

The home side sprung out of the traps immediately pressurising the visitors back line and increasing their intensity to win a short corner within the first 10 minutes.

Lorimer collected the push out and dispatched it into the bottom corner to give the home side an early lead.

Their dominance continued as Fulton turned the ball over deep in opposition territory and after a quick series of passes squeezed the ball past the keeper from a tight angle.

Ballymena were now well on top winning key battles right across the pitch.

Whitten turned the ball over on half way and played a quick one-two before crossing to Philip Montgomery who showed off some tremendous skill to lift the ball past the keeper into the top corner of the net to score the goal of the game.

At half time the focus was on complacency and not letting their dangerous opponents back into the game.

The second half proved a tougher affair with the home side struggling to keep up the intensity of the first.

CIYMS came back into the game from a penalty flick following a foot on the line however the home side dug deep to shut out the visitors attack for the rest of the match.

So another win sees the green machine keeping up the pressure on Ballynahinch, trailing by a point with a table top decider coming in two weeks time.

The first half saw Ballymena on top with great passing interchanges between the midfield and attack.

Philip Moody scored the opening goal from an acute angle in the circle to give the home side a 1-0 advantage.

A second goal from Philip Moody followed when the NICS defence failed to clear their lines. Ballymena added a third on the stroke of half time with Jack Hutchinson slotting home a neat finish to give the home side a healthy advantage.

The second half saw the tables turn and Ballymena began to look lethargic. In the space of 10 minutes, NICS managed to pull 3 goals back from poor Ballymena defending.

The rest of the second half saw a wave of attacks from both sides, but neither could find the target and the game finished 3-3.

Ballymena would like to thank Trevor Topping for helping to umpire the game.

Quiz master is Neil McVeigh; there will be a raffle with some great prizes. Max. 8 people per team, and £5 per person.

BALLYMENA travelled to Elks on Friday evening were most unlucky at not getting something from the game.

The visitors battled - but Elks went in front and then got the winner in the dying minutes.

Ballymena’s defence held their own led by keeper Joanne Logan who stopped all shots on goal.

Captain Clare Gillespie and Emily Anderson held the centre of the pitch, distributing ball wide for the Ballymena forwards.

Elks linked well and continued to put pressure on Ballymena, creating chances but they were not able to add to their score line. Ballymena pushed back and with a long ball from Grace McBurney into the circle was slotted home by Rebecca McCluggage making it even between the sides once again.

Elks never gave up, Grace McCready and Jenny Sutherland denying them chances in the circle.

Both teams knew that a goal could win them the game and in the dying minutes Elks were awarded a flick which was scored.

The Ballymena side although disappointed can take great positives from the match going into the last seven games of the season.

Ballymena scored within the first couple of minutes through Logan.

Ballymena stayed on the front foot but none of the attacks came to fruition.

Dromore finally came into the game and equalised.

In the dying seconds of the first half, Ballymena’s high press paid off and they turned the ball over in the Dromore 23 area. McClintock received the ball on the right wing and showing her pace and skill evaded a couple of defenders to deliver a bouncing ball into the circle for the ever-ready Gawley to slip past the Dromore keeper.

Ballymena started the second half sluggish, and were punished within a few minutes - 2-2.

A short corner was awarded to Dromore which they converted from.

And they added two more.

In the last few minutes Johnston released a powerful shot into the top of the net, which will be a contender for goal of the season.

On Saturday the Seconds are away to Ards 3s.

It wasn’t all doom and gloom. Ballymena’s two youngest players and new recruits, McCool and Steele, had great games and show a lot of promise for this Ballymena team going forward.

Ballymena got off to a great start scoring early in the first half through Hannah Reid.

Sarah Carroll added a second. and Susanne Morrison made it three.

Ballymena finished well with a fourth goal coming from a penalty corner.

Susanne Morrison’s reverse sweep to the right hand post was perfectly deflected in by Hannah Reid.