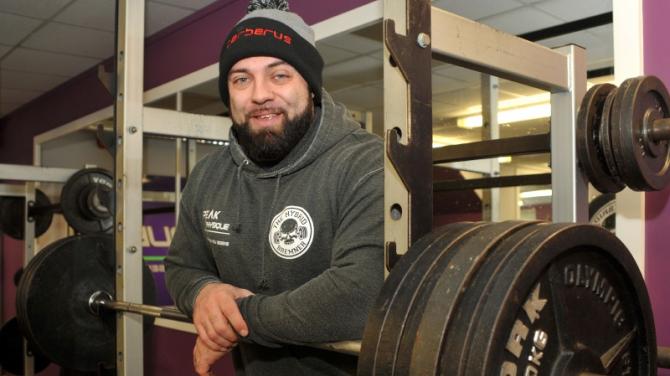 LOCAL man Peter Bremner has his sights set on competing in the World Deadlift Championships in July.

It was a brilliant start to the New Year - “Now my goal is to get to the World Deadlift showdown in the Summer,” he told Guardian Sport.

In London, in the famous Genisis Gym at Wembley, Bremner took on 16 of the best strongmen around.

“I decided to take part in London’s Strongest Man event just six weeks ago, and had to change my training to suit the events,” explained Bremner.

In his Class they fought it out over five different events to decide the final placings.

Bremner won two of the five and was never outside the top three in the others.

Powerhouse Bremner is ranked in the Top 20 deadlifters in the World!

He is the first man from Ireland to lift 400kg and holds the current Irish Deadlift record of 430kg.

Bremner says a very special thank-you to all his sponsors who have helped make his award winning feats possible.

He gave particular praise to his coach Sam Graham and the people at Sam’s Gym.

His family, McAtamney’s in Thomas Street, Dougan’s Furniture, NI Supplements, Millside Restaurant, Gracehill, The Wellington Barber and Peak Physique Gym at Pennybridge are all very high on his thank-you list.

“Without my sponsors I would not be able to compete at such a level. I genuinely thank every single one of them,” said Bremner.

After enjoying a very brief break following his London success Bremner is now working flat out to become the lighest person ever to lift 1,000lbs - 455kg!