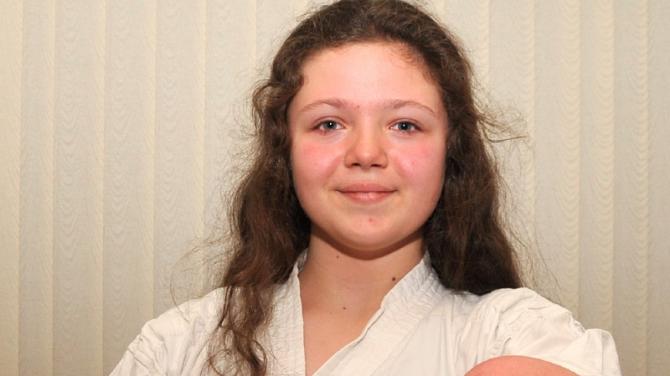 The Ballymena Academy ace is proud to prove her disability is not the slightest hindarance when it comes to her working for honours in her sport.

Kathy was born with a shortened left upper limb with no hand present.

But she does not let this curtail her and worked flat out to take black her latest karate achievement.

The 13-year-old is a member of Seven Towers Karate Club.

"She has been a dedicated practitioner since then."

Dan outlined that Kathy has trained at two Chujo Karate Association Clubs - with Steven Surgeoner, 4th Dan, and Laura Burns (1st Dan) in Portglenone, and now with him in the Seven Towers one.

Recently Kathy was tested by independent 7th Dan examiner, Iain Abernethy at a grading and passed with flying colours.

Kathy, whose grand-father Graham Fox was former captain of Ballymena United, was delighted with her recent grading success.

And she has plans in the future to take up karate coaching, so she can put something back into the sport.