All Ireland success for 'Braeview Codega' 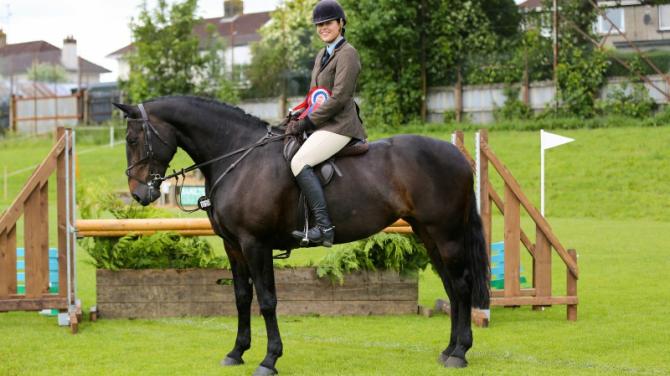 The 22-year-old’s ‘Braeview Codega’ was named All Ireland Performance Horse of the Year.

Kathryn, who thought of quitting the sport after sustaining a serious back injury after a riding accident, is delighted with the prestigious title success.

Kathryn admits the top All Ireland title success is the icing on the cake.

Up until February this year she was uncertain if she would get back in the saddle after her accident which left her with three spinal fractures.

She was unsure if she would be able to compete again - but through the support of her friends and family she started back again in February.

Getting back to top form saw Kathryn endure endless months in the gym and attending weekly physiotheraphy sessions to rebuild fitness and improve her movement.

At the beginning she could only manage 10 minutes before her muscles were sore and fatigued.

But Kathryn, being so keen and determined,continued training hard anxious to return to competition as soon as possible.

“The results I achieved with Braeview Codega this season have exceeded all expectations,” Kathryn told Guardian Sport.

“Winning the All Ireland Performance Horse of the Year title has completed my season.

“ I am very grateful to everyone who helped me get back after my injury.”