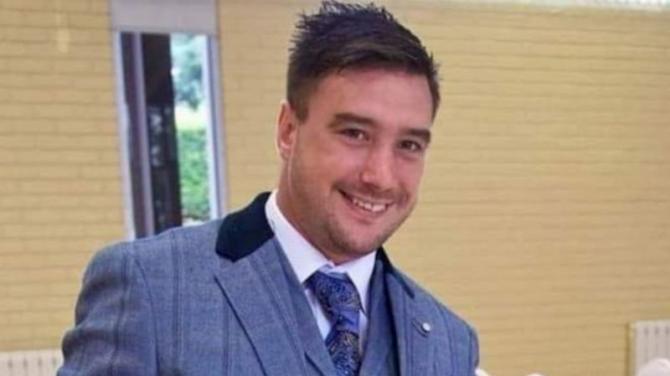 The family of Jason Martin have thanked the community of Ballykeel for their support.

In a statement issued through their local minister, Rev. Dr. Martin McNeely, they said: “ Following the tragic passing of Jason Martin early on Saturday morning, Angela and the family circle would like to thank the community of Ballykeel for their support at this difficult time.

“They also wish to underline that Jason’s passing was in no way linked to recent disturbances within the community.

The funeral will be conducted by Rev McNeely of Ballykeel Presbyterian. Due to the ongoing investigation, arrangements have not been confirmed.

Dr McNeely commented: “The community are shellshocked by Jason’s passing. He was the life and soul of so many people’s lives, not least his children. It’s hard to find words to describe the pain people feel. It hasn’t sunk in. Our prayer must be that God will give our community hope in this time of great grieving and loss.”

31-year-old Jason was stabbed at a house in Orkney Drive in the town in the early hours of Saturday.

An 18-year-old man was arrested on suspicion of murder and remains in custody.

Det Insp Kerry Brennan appealed for anyone with information that could assist the investigation to contact police.