Commission should 'wind neck in' over Broughshane parade issue 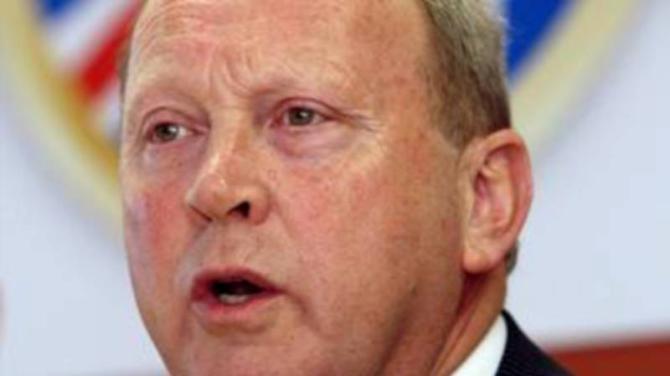 TUV Leader Jim Allister has slammed the Parades Commission over its reaction to a minor ‘socially distanced’ parade in Broughshane.

Mr. Allister accused the commission of demonstrating ‘an aversion to all things loyalist’

He said: “The Parades Commission has no function or role in enforcing the Coronavirus Regulations.

“Yet, it has taken it upon itself to refuse applications and direct some who have filed 11/1 notifications to withdraw them.

“An example in my constituency illustrates the point.

“Two lambeg drummers served a 11/1 notice in respect of their intention to parade up the Main Street in Broughshane on the morning of 13 July in substitute for the normal Twelfth celebrations.

“They specified they would be accompanied by two relief drummers and a marshall in front and behind.

“Six people in total and all socially distancing.

“Thus, all compliant with the Coronavirus Regulations and their permitting of outdoor activity.

“The Parades Commission instead of issuing a determination has demanded they withdraw the application.

“In this I believe they have overreached their powers and demonstrated their innate aversion to all things loyalist and unionist.”

“It is bad enough when the Parades Commission abuses the powers it has, but here they want to exercise control they don’t have.

“It is their duty to receive and consider applications, not to require them to be withdrawn.

“I see nothing in this proposal which threatens public health and, therefore, for what it is worth, I call on the Executive to make clear that such a proposal does not breach their regulations and to advise the Parades Commission to wind its neck in.”