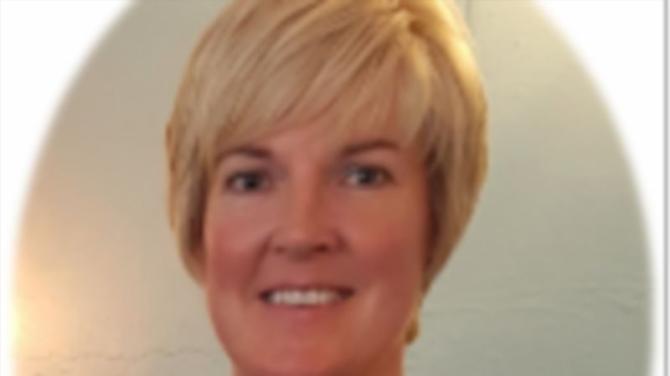 Dr. Keith McIlroy has said Diane Murdoch's greatest legacy is "the amount of lives she has impacted for good."

He was speaking at her funeral on Tuesday, May 12, in James Henry's Funeral Parlour in Ballymena.

Diane passed away peacefully at her home at Knockboy Road, Broughshane, on Friday, May 8.

Dr. McIlroy said the number of messages of condolence that Diane's husband Adrian and the wider family have received is a testament to the number of lives she has touched.

“She will be dearly missed, and it is those who are left behind to grieve who will feel the pain most acutely,” he said.

In his eulogy Dr. McIlroy recalled that Diane was born in the Cottage Hospital in Ballymena on 12th August 1964 to William and Dorothy Watson.

She was the eldest of three children along with her sister Fiona and her brother Paul.

They grew up on a farm and Diane became very much accustomed to country life.

She took a special interest in horses and was involved in a pony club which often took her away on weekend camps.

Diane attended Diamond Primary and Cambridge House Girls' Grammar school where she excelled in Home Economics thanks to her mother Dorothy's influence.

Her love for baking and cooking led her to enrol at catering college in Portrush and later to study Hotel and Business Management at Jordanstown.

So exceptional was Diane's culinary abilities that she even won a gas cooker in a cooking competition.

Diane spent some time working in Leighinmohr House Hotel before taking over the running of all the catering in the various Council offices.

During her time working with the Council Diane went on a skiing holiday arranged by Des Allen with two people who would have a significant impact on her future.

George and Doris Robinson, who were also on the trip, had invited a strapping and handsome young man called Adrian to join them. Let's just say it was love at first sight.

So smitten was Adrian that immediately after returning home he called Diane.

Unfortunately, the reply he got at the other end of the phone was - "What are you doing ringing me?”

The fact that Diane had given him her number on the trip gave him some hope that she might warm to him. She certainly did and they were married on 18th August 1995.

They started married life on the Killygore Road in Rathkenny before moving to the house they built on the Knockboy Road - bravely moving in on the day before Christmas Eve.

After finishing her work with the Council, Diane set up at home and began baking for Country Market and providing food for funeral teas as well as catering at weddings - Dr McIlroy's included!

Diane and Adrian continued to ski together in Europe and America, and three years ago Diane took up her husband's other great passion - cycling.

One of their fondest memories was going on a cycling holiday to France and cycling around the Loire Valley, right up to the great Chateaux.

It wasn't long after returning from that holiday that Diane was diagnosed with cancer and had been receiving treatment for the last year and a half.

The love and kindness for which she was known to so many people was on display last year when she joined Adrian and a number of other cyclists as they rode to raise money for Macmillan Cancer Support.

Diane joined the beginners' group and completed the 30 mile cycle.

However, this wasn't enough for her, so, with the aid of Trevor Magee's electric bike-affectionately nicknamed Big Josey - she completed 67 mile cycle as well.

Diane was a member of the Home Industries Committee at Ballymena Show, helping out with the setting up and organising entries and Awards.

She was a keen member of Broughshane Women's Institute, having been Correspondence Secretary for several years, and was Vice-President and then President in 2018.

Diane won the Friendship Cup on several occasions and was a regular home baking competition winner.

The Broughshane woman represented the Slemish Area on the Home and Garden Sub-Committee of the Federation of W.I. and was nearing completion of her second term.

On many Thursdays throughout the year Diane volunteered at the senior citizens Luncheon Club in Broughshane Community Centre.

Due to current restrictions house and funeral was strictly private.

Donations in lieu of flowers if desired may be sent to James Henry Funeral Services,100 Broughshane Street,Ballymena,BT43 6EE for Friends of the Cancer Centre, Belfast City Hospital.