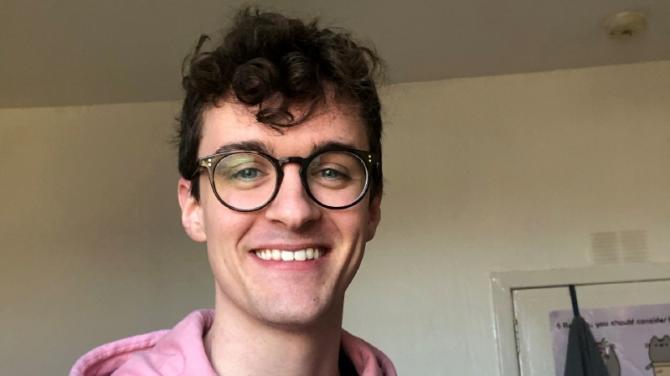 Phil Calderwood says he is ready to repay the time and effort invested in him throughout his studies as he prepares for life as a new doctor in the midst of the Covid-19 pandemic.

The 24-year-old, from Ballymena in Northern Ireland, has graduated with a degree in medicine and will join the ranks of NHS Grampian as an interim doctor in Aberdeen as part of a two-year Foundation programme.

Phil admits that he has “a few mixed feelings” about graduating at this unprecedented time, nonetheless he is ready for the challenge ahead.

“We have been training for our first day on the wards for a long time now and we know we are ready, but this particular challenge could not have been predicted,” he said.

“We know that we have a great support network in the University which is reassuring, and I think everybody wants to be of some help with the skills that they've worked hard at developing.

“Ultimately I hope to repay the time and effort invested in me by working hard for the teams I am with, and by delivering the best care that I can to the patients I meet.”

Looking back on his time at University, he added: “I chose Aberdeen because I heard it had a great clinically oriented programme that gave plenty of hands-on experience – and thankfully that has proven to be true!

“Initially I was apprehensive about travelling so far away from home, especially as I didn’t know anything about the north east of Scotland. So whilst I won't pretend to have cracked Doric or become habituated to the marauding gulls I can say that I have made many fond memories and experiences here that I shall cherish.”