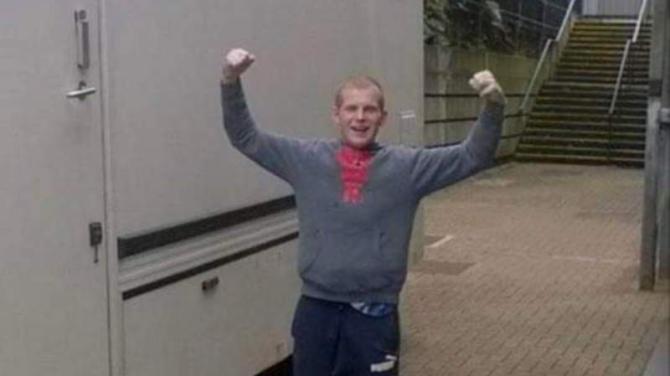 A Ballymena man accused of daubing sectarian graffiti on the walls of a church was remanded into custody today.

Refusing to free Ciaran McKeown, District Judge Fiona Bagnall said she had concerns given the nature of the criminal damage charges and whether or not the 24-year-old “will actually abide by the terms, that’s my difficulty.”

McKeown, from High Street in the town, appeared in Ballymena Magistrates Court, sitting in Belfast, via videolink from a police station.

The 24-year-old confirmed that he understood the six charges against him accusing of stealing four bottles of wine and five counts of criminal damage in that he allegedly “painted sectarian graffiti” on a number of properties including West Presbyterian Church.

Giving evidence to the court a police constable said she believed she could connect McKeown to each of the charges, adding that police were objecting to him being freed on bail amid fears rush he would reoffend and a perceived risk to McKeown’s own safety.

She revealed that he had amassed a criminal record of 124 convictions including entries for theft and criminal damage and that he “continued to offend while on bail, regardless of conditions placed on him.”

Under cross examination from defence solicitor John McAtamney, the officer agreed McKeown had not been fit for interview until the day after he was arrested and that he “denied the offences” during questioning although the constable added that some CCTV was still to be examined.

The lawyer said McKeown’s life has been “plagued by drink and drug abuse” and despite his record, there was nothing of a sectarian nature in it.

Refusing bail and ordering McKeown to appear again via videolink on 7 May, Judge Bagnall said she regarded the criminals fans he offences as “particularly serious,” adding that the difficulty “with some regret,” was that given the current crisis “I can’t say that he goes to a police station everyday or takes a breathalyser test.”