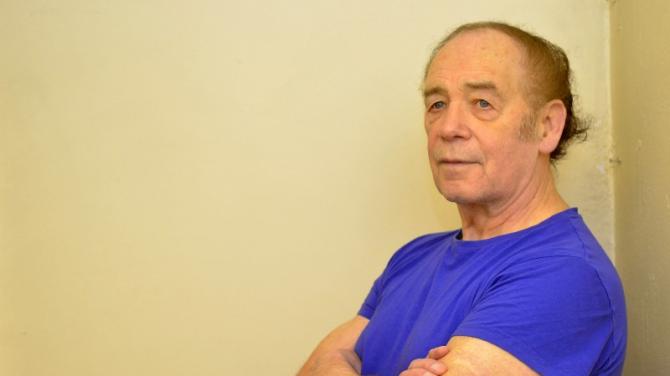 ONE of the most eagerly awaited autobiographies ever to hit local shelves will soon be on sale.

Ballymena Karate legend, Dan Redmond, will launch his no-holds barred book with a signing session in the Interview Room at the Seven Towers Leisure Centre on Friday, March 13 from 6.30pm to 8.30pm.

'The Penny Bridge Boy' runs to 226 pages and is crammed full of stories of Redmond's journey through life.

The man himself freely admits that the path was strewn with pitfalls as he encountered bullying before engaging in a lifestyle of feuds and streetfights which were often extremely violent.

Last month, the Guardian conducted a powerful interview with Redmond about the book which is, at its core, a story of how he turned his life around.

Readers who purchase the new book will not be left disappointed. He said that the book would 'pull no punches' and he has been true to his word.

Praise for 'The Penny Bridge Boy' has come from one of the UK's leading martial artists who says he was 'hooked very early.'

Peter Consterdine, a 9th Dan Karate master and chief instructor with the British Combat Association, reviewed the book in the following terms:-

"I was captivated enough to read the book in one sittings. Dan Redmond was brought up in a supportive family but dogged through his youth by violence - and this had him walking a fine line with authority.

"As many people will attest who have been through similar and often damaging experiences, it was the martial arts that pretty much saved Dan, gave him direction and steadied the ship.

“Eventually his pursuit of knowledge and the best training in karate took him to such places as mainland Japan, Okinawa and the USA on a number of occasions.

"Over the years, Dan has built up a very solid reputation in the karate world and his journey through life with the martial arts as his compass is engagingly told in this well written biography. This is a book for everyone, not just martial artists, as the life lessons are of value to us all."