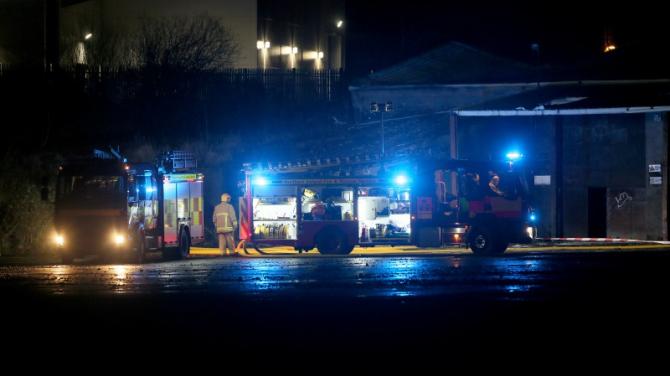 A BLAZE which broke out in the Queen Street area on Monday, March 9 at 7.02pm is believed to have been ignited deliberately, according to Northern Ireland Fire and Rescue Service.

PSNI advised residents to keep all windows and doors shut at the time of the incident due to asbestos concerns.

A spokesperson from NIFRS told the Guardian that six appliances attended the scene, including an Aerial Appliance.

The spokesperson said: “NIFRS were called to a fire in a one storey disused shed on Monday evening.

“The fire was well alight when Firefighters arrived.

“The incident was dealt with by 9.19pm and the cause of the fire is believed to be deliberate ignition”.