Lilla's star is on the rise 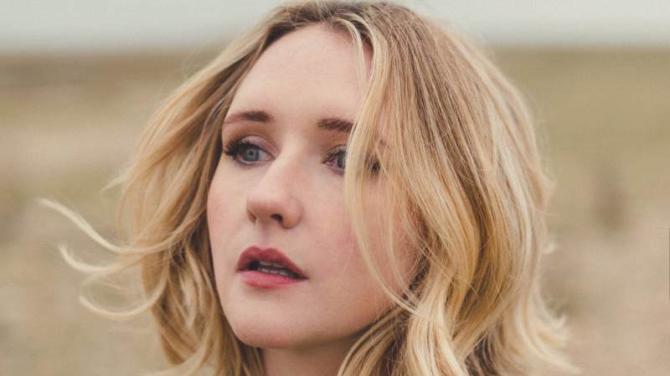 CULLYBACKEY singer Lilla Vargen has stormed into 2020 fresh off a European tour with Dermot Kennedy, a new single ‘Cold’’ just released and a Love Island screening of her track 'Solitary'.

She is set to play The Grand Social in Dublin on April 19, a venue upgraded due to demand before heading back on the road on a Spring/Summer tour.

Despite her busy schedule, Lilla took the time to chat to The Ballymena Guardian about her local roots, her love of music and her distinctive name.

The name Lilla Vargen is a direct translation of ‘Little Wolf’ in Swedish and Lilla said: "Wolves are so beautiful yet powerful and potentially dangerous - it just seemed to fit me perfectly".

She said: "Ballymena and the surrounding area is such a huge part of my life, and my family are still based there.

"Whilst I’m now living in London, Ballymena will always feel like a home to me.

"My house was a very musical one. My dad would always be singing; songs from the greats that inspired me from a young age.

"None of my family ever pursued music professionally, but there’s always been talent in the family.

"I won the young voice of the year award competition at the Ballymena Festival when I was younger but I’ve never had lessons or studied music - it’s just come through teaching myself".

Armed with her guitar, Lilla pens her own tracks, commenting: "Most of my songs come from real life experiences and emotions that I’ve felt.

"I guess there’s elements of sadness, but also positivity throughout my music - I’d prefer to see the songs as me looking back and having learnt lessons, rather than regretting anything.

"The time it takes to write a song can vary massively; there’s been times I’ve written a song in the studio and it’s been finished in a day, or others it comes about across the course of several months".

Although music was a huge part of Lilla's life, it wasn't something she necessarily considered as a career path.

She said: "I never planned for a career in music to tell the truth - it just happened! I made the decision that life is too short, and that this was a risk I had to take.

"My family all appreciate that this is something I love doing, and their support is vital.

"I came back in November to play a headline show in Belfast and seeing so many familiar and friendly faces in the crowd was definitely very encouraging".

The 29 year old who hails from Rathcoole in Dublin became the first Irish artist to score a number one with his debut album in almost 20 years – dethroning the Beatles in the process.

Boyzone singer Ronan Keating was the last to achieve the feat, topping the charts with his debut solo record Ronan in July 2000.

Kennedy’s Without Fear album, which features the top 10 single Outnumbered, also toppled the Beatles’ Abbey Road which had returned to number one 50 years after its original release.

Lilla played to thousands of Kennedy's fans on tour, gaining many of her own in the process.

She said the collaboration came about through a "series of very lucky coincidences!"

She said: "We toured together all across Europe and the UK for two months, and played in so many iconic venues - Hammersmith Apollo in London, Forest National in Brussels and the 3Arena in Dublin all spring to mind.

"Playing to his fans every night was incredible and I can’t be grateful enough for the opportunity.

"You never know how a support slot is going to go down, but Dermot’s fans were all so warm and attentive.

"Dermot was lovely. He’s really inspiring as a songwriter and a person and has the most unbelievable work ethic. Across the tour, I loved Brussels, Warsaw and Stockholm as well - a combination of fantastic venues and encouraging crowds.

"I played to 25,000 people across two shows at Dublin’s 3Arena on the Dermot tour - two of the best nights of my life".

Lilla's star is certainly on the rise.

Her fanbase is growing and one of her songs, 'Solitary' was recently featured on ITV's hit show, Love Island.

Watched by millions of viewers, Solitary played during Mike and Leanne's break up scene.

Lilla said of the experience: "It was such a bizarre moment! Alongside knowing how many people were watching the show, it’s also strange to have a song soundtracking a couple breaking up - my music will now forever be part of their story!

"I was out with some friends for dinner when we found out it was going to be used on the show that evening, so we set up a laptop in the restaurant and watched it together".

The issue of homelessness is one that Lilla hopes to raise awareness of through her music and she used her track, 'Why Wait', as a platform to do this.

A poignant music video highlighted the deepening housing crisis in Ireland and indeed the UK.

With thousands of people living in emergency accommodation or sleeping rough on the streets, the 'Why Wait' video was shot in Dublin last year and portrayed a very real and sombre reflection of the state of affairs.

Lilla explained: "It’s an issue that I think everyone should be more open to connecting with.

"Now I’m living in London I see it more than ever and it’s heartbreaking.

"We have a very real housing crisis on our hands, and I’m glad that TJ O'Grady-Peyton, Director of “Why Wait’ was able to tell the stories of these people with such respect and honesty".

Lilla continued: "It still feels like very much the beginning - I just hope that people find some comfort and connection with my music.

"The first time I met Dermot on the tour it was an odd moment, because it was the first time it became ‘real’.

"I’ve been releasing music for a couple of years, but it’s only been the past year that I’ve been doing this full time.

"Given the opportunity, I’d love to work with Tobias Jesso Jnr, Haim or Maggie Rogers - all artists where I hugely admire their songwriting.".

Tickets are also available for her Dublin performance at The Grand Social on April 19 by logging on to lillavargen.co.uk