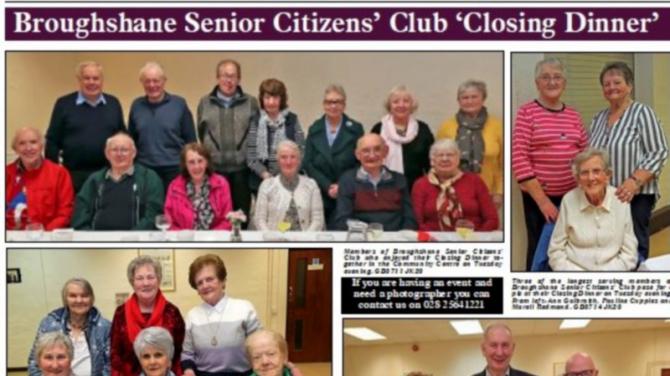 A local senior citizens’ club has had to fold just short of its 45th anniversary.

Former chairperson, David Millar said the event had been ‘a sad evening for the committee and members’.

“More than 60 members, guests and friends were in attendance. We were due to celebrate the club’s 45th anniversary in April, but we were unable to find new office bearers so the club had no other choice but to close the doors.

“The organisation was loved by many who attended regularly for supper and entertainment every 1st and 3rd Tuesday night of the month with annual dinners and day trips.

“The walls have seen many laughs and great times. The club started in 1975 and has been running strong ever since - it was a great way to get the seniors out and about and to get the catching up with one and other.”

David has been associated with the club since 2012, helping out on the committee and last year stepping up to be chairperson.

However due to other commitments he has had to relinquish the role.

Liz Craig, past chairman, thanked all the local businesses for their support over the years and paid tribute to the many local musicians and artists for the entertainment they brought to the club members.

David & Liz have urged anyone who may be interested in keeping the club going to help provide for the seniors in the area to please get in contact with them or make enquiries at Broughshane House.