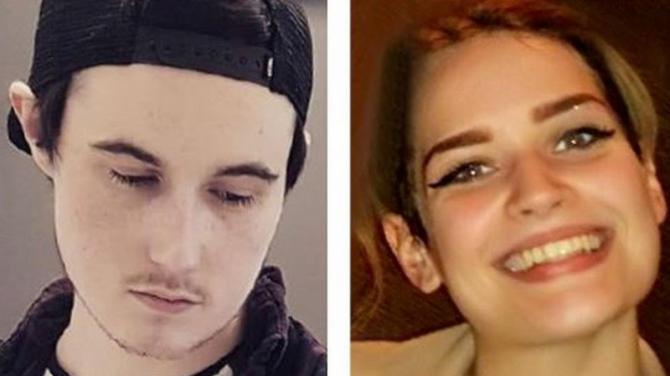 THERE has been an outpouring of sympathy towards the families of the two young people killed in a car crash near Glarryford on Wednesday.

Naomi Lynn and Andy Burke were both in their 20s.

And in funeral notices published on Thursday night, both families requested that in lieu of funeral flowers, mourners should consider making a donation to the Air Ambulance NI service.

The funeral notice for Ms Lynn said that a service would be held in 1st Portglenone Presbyterian Church on Sunday. She will be buried at Cullybackey new cemetery.

It described her as the "much loved daughter of Bryan and Barbara and beloved sister of Jenna".

Ms Lynn - a former student at Queen's University, Belfast - came from the village of Portglenone.

Mr Burke, from Antrim, is thought to have been a passenger in Ms Lynn's Citroen car which was in collision with a Honda on Duneany Road just outside Glarryford.

He was employed at Belfast International Airport.

The female driver of the Honda car, who was injured in the collision, was rushed to Antrim Area Hospital for treatment.

A service of thanksgiving for Mr Burke's life will take place on Monday at Bairds' Funeral Home in Antrim - with his burial taking place at Belmont cemetery.

He was described as the "dearly beloved son of John and Elaine, loving brother of Christopher and wife Jenna, and Jack and grandson of Betty".

In the aftermath of the tragic fatal accident, Police have appealed for anyone with dashcam footage of the Duneany Road area of Glarryford around lunchtime on Wednesday to get in contact with them.

Inspector Marty Mullan said: "The two-vehicle collision on the Duneany Road in Glarryford was reported to us at approximately 2:05pm and involved a yellow Citroen and white Honda.

"Officers along with other emergency services attended and sadly the female driver and male passenger of the Citroen were pronounced dead at the scene.

"The female driver of the Honda was taken to hospital.

“We are appealing to anyone who may have been on the Duneany Road this afternoon, prior to or around the time of the collision, or anyone who recorded any dashcam or mobile phone footage that could potentially help our investigation to get in touch with us.