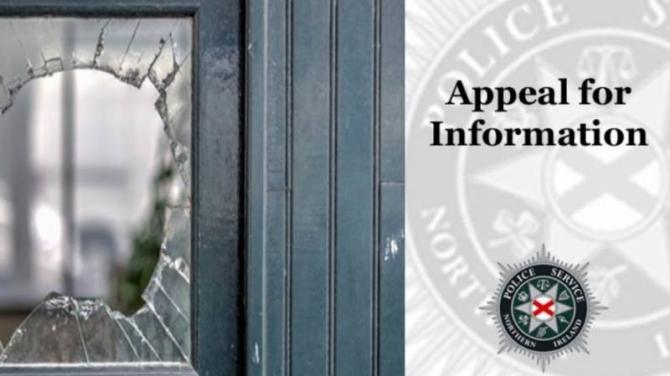 POLICE have renewed an appeal for information about a man who assaulted a woman at the Parochial House on Broughshane Road, Ballymena, yesterday afternoon.

A spokesperson said: “We are appealing for witnesses or anyone with Dashcam footage. Were you in the area? Did you see anything suspicious?

“We are particularly keen for any information in relation to a male described as wearing a black coat, possibly with black adidas jacket underneath, blue Jeans, brown boots, a scarf and a black beanie hat riding a black bicycle.

The Ballymena Kirkinriola Parish Facebook page said: “At approximately 4pm this afternoon one of our parish secretaries was viciously assaulted as she answered the front door of the Parochial house by a gentleman, (of whom we have ccctv pictures ).

“No matter what problems we have it is not acceptable to assault anyone just going about their daily duties.

“If anyone knows anything about this assault please contact the PSNI. The gentleman in question is wearing a black beanie hat with a white patch on the front, black jacket with white stripes at the cuffs, blue jeans and brown boots he was riding a black mountain bike.”

The Facebook page later said the woman was very sore and shocked.

Police confirmed they are investigating an assault that occurred in the area of Broughshane Road and Cushendall Road, Ballymena, at around 4pm on Thursday.