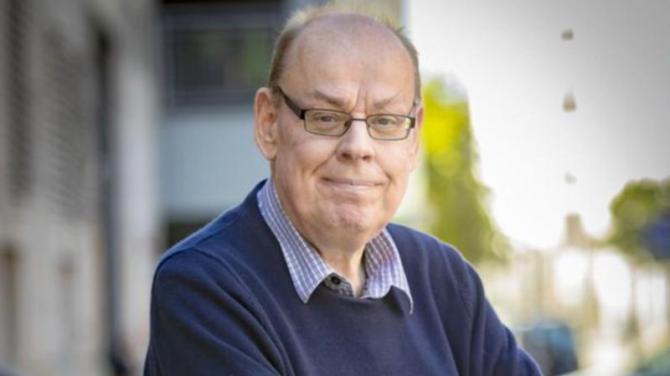 In the late 1970s, he was music critic for the News Letter and contributed to the New Musical Express.

He says he uses music to escape from the pain of supporting Everton, Cliftonville and Ballymena Rugby Club, not to mention the politics.

And he equivocates excellently in true political fashion over his choices - and how they could all change overnight!

He says: “The problem with picking a Top Ten is my taste can change from time to time. So perhaps the best option is mixing some old favourites with a few which only made the grade recently.”

1. Anyone who knows me will not be surprised my first pick will be a Van Morrison track.

There are so many which mean so much. Caravan, In the Garden, Tupelo Honey among dozens of classic songs. But I’ve decided to go with a track from the new album Three Chords and the Truth. Morrison thrives when he dips into spirituality and mysticism. At 74 the Man still has it.

The song is Dark Night of the Soul, Van Morrison.

2 Glen Hansard’s music has been a source of much enjoyment in recent years. Great tunes but my choice is a track featuring Clarence Clemons’ son Jake.

3 John Martyn was a genius. His music transcends styles and fashions. Solid Air one of the finest albums ever produced. This song is just beautiful.

May You Never, John Martyn.

4.Nick Drake died a young man but left a powerful legacy of fine music. This song is particularly haunting.

5 Following a pattern here, this artist is also dead. Sandy Denny remains a personal favourite. The combination of her voice and the genius of Richard Thompson leaves a song which will never grow old.

Who Knows Where the Time Goes, Fairport Convention.

6 There has to be some sweet soul music. The Rev Al Green remains a voice without equal.

7 In the same direction, Marvin Gaye could melt the hardest heart. His music both political and romantic. Of course, he’s dead too.

8. Big fan of the Waterboys. Mike Scott is immensely talented. This is a wonderful version of a Van song from Astral Weeks.

9 The Alabama Three never receive the plaudits which they deserve. Woke Up This Morning is generally the band’s signature tune but this is even better.

My choice will probably change next week and I’m amazed I’ve missed Springsteen and Peter Green’s Fleetwood Mac. But that’s it for now, pop pickers.