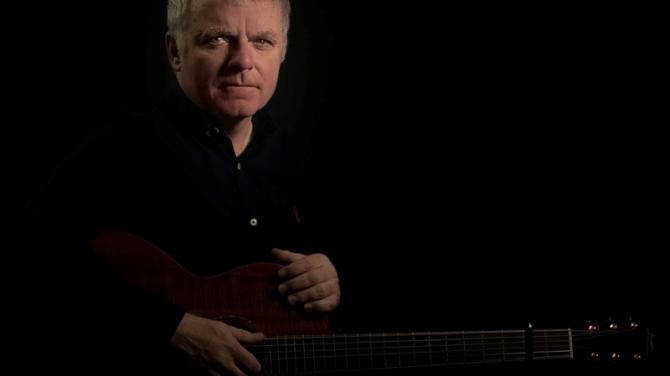 MUSIC fans in Ballymena will remember popular local band, Southbound Train, who welcomed a number of musicians to the group over the years but always had the steady trio of the late Mudd Wallace Eric Woods and Anthony McQuillan at its core.

The Guardian caught up recently with Anthony McQuillan who continues to play and is gearing up for the release of his new album in the summer.

Local man Anthony lives just outside Ballymoney with his wife Esther who he has been married to for 34 years.

He attended Ballymena Academy before furthering his education at Coleraine.

He has two children, Christopher (30) who lives in the north east of England and is a Marketing Manager with Lifestyle Fitness, while daughter Sarah (26) is a solicitor with a corporate law firm in London.

The 62 year old also runs an IT company alongside his wife.

Anthony told The Guardian he developed an interest in music from an early age and plays bass guitar, keyboards, mandolin, acoustic and electric guitars.

His main musical influences are Merle Haggard, David Gates and Bread, The Moody Blues, The Little River Band and Marillion, although he said there are many more.

He said: "My father was a musician, having played piano-key accordion in a dance-band back in the 50s, and our house was always full of music as I was growing up.

"Luckily, my father took me to piano lessons from the age of six.

"I hated it at the time but rarely does a day go by that I don’t think about how lucky I was.

"The music my dad listened to was stuff like Jim Reeves, Merle Haggard and Johnny Cash.

"At the time I didn’t realise how much I was affected by it and I just wanted to play Zeppelin and the like. It would be a few years until the “country boy in me” would emerge.

"I started playing in bands around the age of 14 when a friend of the family, Shaun McNeilly, asked my mother if I would join a group he was starting with his brother.

"My mum said “yes” and that was the start of everything. Shaun is one of the most wonderful singers I have ever had the great fortune to play with, and his brother turned out to be Paul McNeilly, now a top music producer and, even then, a brilliant musician.

"I played keyboards in that band – called The Western Drifters - for a year or two, and then a friend at school asked me if I would be interested in playing bass guitar in a band he was starting.

"Having never ever held a bass guitar in my hands I thought he was mad, but he said: "Don’t worry, I’ll show you how to do it".

"I’m pretty sure he only asked me to join the band because I owned a PA system, but anyway, his name was Mudd Wallace, the legendary local musician and recording engineer who, sadly, passed away a couple of years ago.

"The band we started was called Stride, with Mudd, Richard Nelson, Eric Woods, Jim Nixon and me.

"Once again, I was lucky, playing with a group of seriously talented guys.

"After a short while, that band morphed into Southbound Train, a three-piece at the time, with Mudd, Eric and me.

"We focused on singing harmonies in pretty much everything. Mudd was a musical genius and he helped steer the band, playing material by The Byrds, Crosby, Stills and Nash (and later Young), John Prine and an interesting new band on the scene called The Eagles.

"All of these were musicians of the highest quality and I learned a lot from them.

"Throughout the last 45 years I have played almost continuously with Eric Woods, a singer who I believe stands above his peers in his ability to perform almost every genre of music with professional ease.

"We still play together once or twice a year. Adrian Culbertson, along with Eric, was part of The Mill Boys, the most recent full band that I played with up until a few years ago. Don McAleese and Paul Coates were also in that band.

"Having learned a little about how to play “properly” as a band together, we were asked to play with Gloria Sherry who at the time had a massive number one hit in Ireland with One Day At A Time.

"We really just wanted to play country music at that moment and the showband scene allowed us to do that.

"We were lucky to play at many large events with pretty much every “star” there was in the Irish music scene back then, and once again, I learned a lot.

"Eventually, Mudd started up a recording studio which eventually grew into the second biggest recording venue in Ireland, Homestead Studios in Randalstown.

"Many of us had the opportunity to play as session musicians on hundreds of albums by a range of artists over a period of 10 years or so. We had a ball.

"Eventually I decided to get a “real” job and quit the recording scene.

"I worked for an environmental charity for 30 years, and five years ago I started my own software business where I write Management Information System packages for businesses across the UK."

However, Anthony still continued to play with a couple of other bands before teaming up with bandmate Eric Woods in a two-piece that lasted over 30 years.

Anthony's musical career has seen him play on various TV shows over the years as well as at to huge audiences at large outdoor gigs.

He continued: "Probably my most memorable experience is of the time Southbound Train played at Queen's University at some stage in the mid-70s.

"It was a large, seated audience and it was one of the first times we played The Last Resort by The Eagles.

"I can still remember Eric’s voice filling up the entire hall and Richard’s pedal steel sounding like a full orchestra.

"When we finished the song we got a three-minute standing ovation. A nice feeling".

Anthony spends quite a bit of time in the recording studio with his friend Joe Murray who has a studio in Castledawson.

He has released two albums - "Like Vincent” and “No Ordinary Kind Of Life” and he is currently recording a third.

He said: "All the songs are my own, though, I am experimenting with another writer at the moment for a track on album number three, as yet untitled.

"I’m really not sure where the songs come from. I have been writing songs since I was 14 and, up until a few years ago, I would take a day or two at most to produce an entire song. They weren’t very good.

"About 10 years ago I was in the audience at a BBC event in Portstewart and on the programme was Anthony Toner.

"I had known Anthony in passing for many years but hadn’t heard any of his music.

"He sang three of his own songs that night and it was like someone switching a light on for me. I said to myself “So that’s how to write a song!”.

"Since then I have worked to learn the skill and I think I am getting a bit better as time and hard work goes by.

"It usually takes me several months to write a song now. While this doesn’t guarantee the quality of anything I produce, I do enjoy the process much more than before.

"The new album should be out in the summer if all goes to plan - which it usually doesn’t!

"The songs have all been written and the guide tracks have been recorded.

"We now need to start bringing in musicians to breathe life into the tracks.

"We try to do things a little differently on each album and see where it leads.

"We used some strings on my last album, No Ordinary Kind Of Life, and they worked really well, so we might try some more this time.

"We are also bringing in a few musicians from Scotland to try to add something new.

"I have no idea where these things will end up but the journey is amazing!"

Anthony's first two albums, “Like Vincent” and “No Ordinary Kind Of Life” are available at www.anthonymcquillan.com 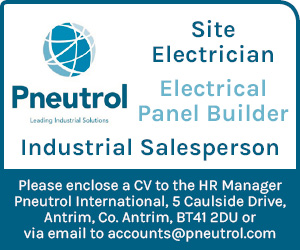