Musicians 'tune up' to remember the famous 'Bard of Cullybackey' 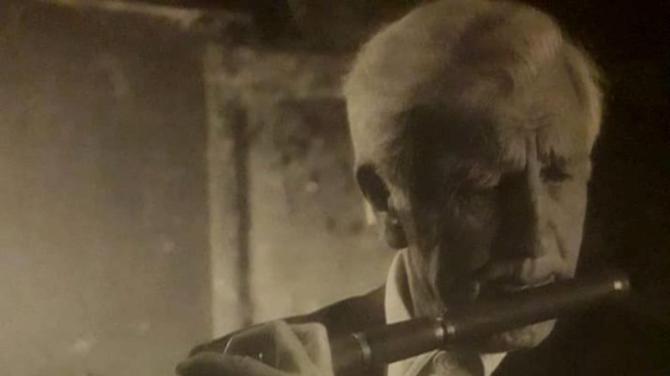 A TRIBUTE night was held recently at The Crosskeys Inn in memory of one of County Antrim's best known musicians John Kennedy MBE.

John was known as the Bard of Cullybackey and sadly passed away on October 13, 2019, peacefully at Hospital. He was 91 years old.

Tributes poured in on social media for John from across the world including from America and even Cape Town, South Africa.

One person deemed John a "real character", with another commenting: "A lovely man and a great story teller - he will be sadly missed".

Many who were saddened by John's passing credited the local man with teaching them tin whistles and flutes and encouraging their love of music.

The charity night in John’s honour saw huge crowds flock to The Crosskeys Inn to remember their tutor, band mate and friend.

All proceeds from the night were donated to the Dementia Society and Camphill Comfort Fund.

A raffle was held and one of John's handmade wooden flutes was auctioned on the night.

Music wase provided by Mairead Walls, past pupils and other guests.

John Kennedy was born at the hamlet of Craigs, just north of the village of Cullybackey in Co. Antrim, on August 31, 1928.

He began work at the age of 14 in the linen firm Fraser and Haughton. He went on to work at Northern Ireland Electricity where he remained until his retirement.

John began playing with renowned fiddle player Hughie Surgenor and they became a familiar duo at many local dances and socials.

John was as happy marching on the Twelfth Day as he was at an All-Ireland Fleadh Cheoil.

John could turn his hand to most instruments - including the banjo, mandolin and accordion, but what he is perhaps best known for is the fife and the flute.

He took to teaching local marching bands and in fact he was the founder of Craigs Accordion Band in 1974. In 1975, he began teaching dance music at Dunloy and Portglenone Comhaltas Ceoltóirí Éireann classes.

John began to compete himself and he won a number of All-Ireland titles, including at a championship in Clonmel in 1994.

He also featured in 2007 at the Smithsonian Folk Life Festival in Washington DC.

He had a wealth of songs and stories and became known as The Bard of Culybackey.

His life story - John Kennedy: Together in Time - was published by the Lough Shore Traditions Group in 2001 and he was awarded an MBE in 2006 for his services to music in 2006.