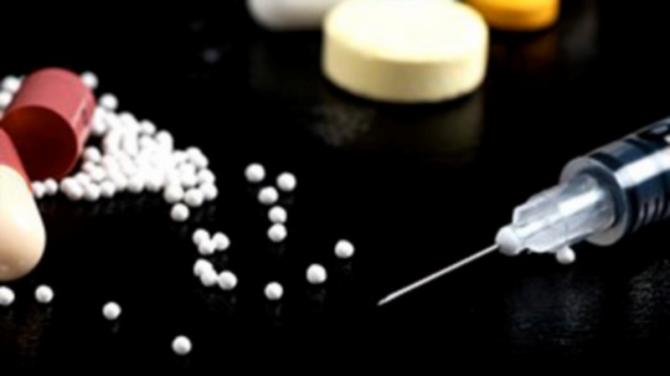 A Ballymena Independent councillor has said that the time for rhetoric is over following a number of suspected drug deaths in Ballymena in recent months.

Calling for urgent action, Councillor Rodney Quigley said that the most recent full meeting of Mid and East Antrim Borough Council had passed a Motion committing to tackle issues of mental health and suicide.

It was highlighted that drug and alcohol abuse played a major factor in these matters, with DUP Ald John Carson warning at the meeting that young people in the borough were “dabbling in death”.

Cllr Quigley said the time for talking was over and councillors, as well as other agencies, needed to act on the Motion.

Cllr Quigley told the Guardian he was aware of the devastation and grief experienced by many families in the borough and said he was doing all in his power to help. The Guardian is aware of at least three recent deaths which have been linked to drugs in recent weeks.

He said it was tragic to see young people losing their lives and said that the issue must be treated as matter of urgency.

A spokesperson from the Public Health Agency stated: "Drug and alcohol misuse is sadly an all too common issue and all drugs, whether illegal drugs or prescription medication, carry risks.

"The Public Health Agency strongly recommends that you do not take anything unless it has been prescribed to you by a medical professional and in accordance with your prescription”.

The PHA spokesperson continued: "The primary risk factors when using drugs include taking too much of a substance, taking a substance over an extended period of time or “bingeing”, mixing drugs with other drugs and/or alcohol, and using drugs on your own.

"Mixing different types of drugs, or mixing alcohol and drugs, including prescription medication, can be dangerous and should be avoided. It can increase the toxicity of already potentially harmful substances, and increases the risk of serious harm and death.

"Any drug or medicine has the potential to be a poison – there are only three things that differentiate it. Firstly, what is the dose? If you take too much of it you could die.

If you think you might have a problem with alcohol and/or drugs and would like to get help, please visit http://services.drugsand

alcoholni.info/ for information on support services near you.

"If you have taken drugs or have misused a medication and are feeling unwell, please seek medical help urgently.

"A range of services are also available if you are affected by someone else’s drinking and/or drug misuse – information on these services is also available on www.drugsandalcoholni.info.

“These services are available to you regardless of whether or not your loved one is receiving help for his or her alcohol and/or drug problem”.

Members at last month’s full council meeting unanimously passed a Motion that council will commit to tackling mental health and suicide issues through their Community Plan "in order to save and improve the lives of the most vulnerable people in our Borough".

Cllr Adger said: “In 2017, in Mid and East Antrim, the most recent statistics show there were 24 registered deaths by suicide.

"This was higher than the suicide rate for Northern Ireland as a whole which was 16.3 deaths per 100,000 population”.

DUP Ald Tommy Nicholl said: "This council is deeply concerned by the suicide rates and mental health problems in Mid and East Antrim.

"Too many young lives are being lost through drug and alcohol abuse, leaving families devastated”.

He said he had learned things about the drugs situation in Ballymena and that members should begin to take things very seriously.

He said: "I'm maybe as guilty of this anybody else but we sit in here and argue and fight over very trivial things but there are young men and young women out there tonight who are dabbling in death”.

It was also highlighted at the monthly meeting that council had pledged to work towards becoming a ‘Take 5 organisation’ and, to date, Council's Health and Wellbeing Forum have delivered a number of activities for staff under the Take 5 initiative.

The ‘Take 5 steps to wellbeing’ are - Connect, Keep Learning, Be Active, Take Notice and Give.

This will help in offering advice to the community on how to take simple actions and make deliberate choices to look after themselves, both physically and emotionally.