Donate your children's coats this winter 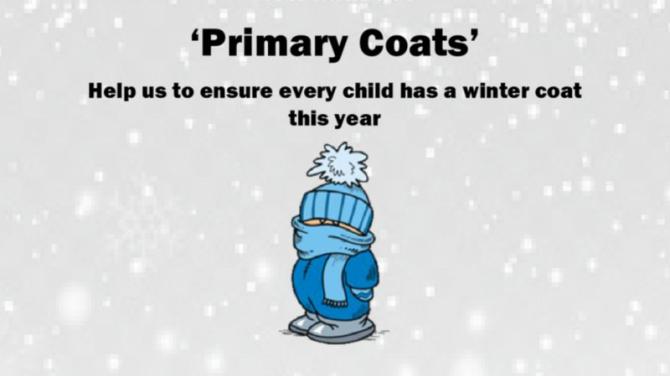 The Mid and East Antrim Poverty Action Group has launched a new initiative that will aim to provide a winter coat to every primary school child who needs one.

The Group is asking for parents to recycle their children’s pre-loved winter coats that are aged 5 to 11 years so as they can be redistributed to primary children in the Borough.

The winter coat initiative is part of the ‘Uniform Exchange Scheme’, which is led by Mid and East Antrim Community Advice Services.

This was launched across the borough in July 2019 and provides good quality pre-worn school uniforms and helps families avoid being pushed into debt buying new uniforms.

The scheme had great success at the beginning of this academic year. In preparation for the start of the new 2019/20 academic year, the scheme helped 145 families with 208 children availing of 554 items of school uniform with an estimated value of £6,700.

40% of these families were in receipt of benefits, 28% on low income and 22% other. Next year, it is hoped to extend this scheme further to include the provision of school PE kits.

A spokesperson for the scheme told the Guardian that “whilst it is too early to report on impact, it is anticipated that people will be better off as a result of this action via the development of a directory, cross-agency referral system, re-branding and campaign to address stigma.”

Council is working hard to tackle poverty within the Borough, particularly in the wake of multiple job losses over the last number of years.

A Tackling Poverty Together symposium was held in March 2019 with 43 attendees from 23 organisations/charities/churches.

Following on from this, a multi-agency poverty action group was formed comprising of 16 organisations/charities.

This multi-agency Poverty Action Group is made up of statutory, voluntary and private business including local Credit Unions who aim to work together to tackle poverty in Mid and East Antrim using all the resources that are available to them by developing a directory that will identify help available to be used by agencies on behalf of a client who lives within Mid & East Antrim.