Moore Concrete given permission for extension 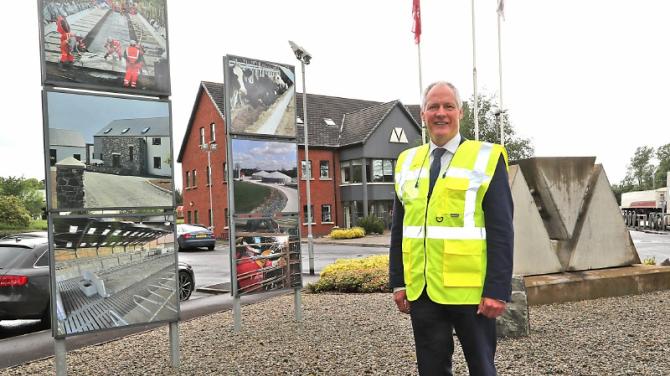 Moore Concrete Products Ltd has been granted approval for a major extension to it’s current premises on the Woodside Road.

Councillors were told that DFI Roads were content with the existing vehicular access and the Environmental Health Department had no objections. The Rivers Agency and NI Water also had no objections, neither did the Northern Ireland Environment Agency.

One objection was raised from a neighbouring dwelling who was concerned with noise and dust, however he objector also acknowledged the benefits of securing sustainable jobs in the Ballymena area. The committee was also informed that the business currently employs 127 people.

Addressing the planning committee on behalf of Moore Concrete, planning consultant Mr Flemming said that Moore’s had been established in 1978 and had been on this site since 1984. He said: “Moore’s key aim with this application is to enhance the current ability of the business and it’s ability to bid for and win new projects.”

UUP Alderman Robin Cherry said he welcomed the extension, adding “This company is a credit to the Ballymena area.”

The permission was proposed by DUP Councillor Tom Gordon and seconded by Alderman Audrey Wales, who said “It is great to see this family firm expanding and providing jobs.”

The planning department had recommended the application for approval to the council, which they unanimously agreed to.