Count centre to move out of Ballymena while registration deadline looms 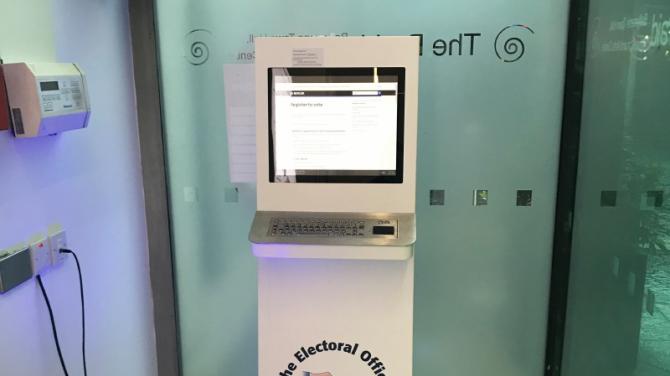 It’s the end of an era for the Seven Towers Leisure Centre, as the facility is not going to be a count centre for the upcoming General Election.

The sports hall of the leisure centre has played host to many nights to remember over the years, with election results from Council, Stormont and parliamentary elections declared from there.

The centre has been a place of jubilation and despair for many - it witnessed the dramatic hold by Ian Paisley after the 2017 Westminster count where he increased his vote by 15.6% and secured a 20,643 majority.

Meanwhile, the count for the upcoming election will be moved to Meadowbank in Magherafelt.

A representative for the Electoral Office told the Guardian there will be eight constituencies counted there in a move to make counts more concise with “super-count centres” taking over from local centres.

The move has been met with criticism by Ian Paisley.

He said: “I have spoken to the chief electoral officer about the location of the count this year being moved to Mid Ulster, and have expressed my opposition to this as has DUP Chief Whip Sir Jeffery Donaldson.

“I believe moving to one centre for numerous counts takes away local participation and local connection to the count.

“Having the count in Ballymena always added to the sense of occasion. Ballymena is the main county town and should have this count continuing here.

“I have made the case and lodged my protest with the authorities.”

Meanwhile, are you registered to vote?

Voters in North Antrim need to ensure they are registered to vote, as in order to cast a vote in the December 12 poll, you must be on the electoral roll.

The deadline for registering to vote in the UK Parliamentary Election is Tuesday, November 26 so you only have less than two weeks to make sure you can cast a vote.

If you know you will not be able to make it to a polling station on December 12, you can vote by post, or proxy by nominating someone to vote for you.

However in order to do this, you must have registered your intention to do so by 5pm on Thursday November 21.

You can get the registration forms online from the Electoral Office website.

There is also an early deadline for applying for an electoral ID card.

You can apply for a card in person or by post, however the deadline for applying for an ID Card is Friday November 29, 2019.