Would People's Park be ideal venue for a Christmas extravaganza? 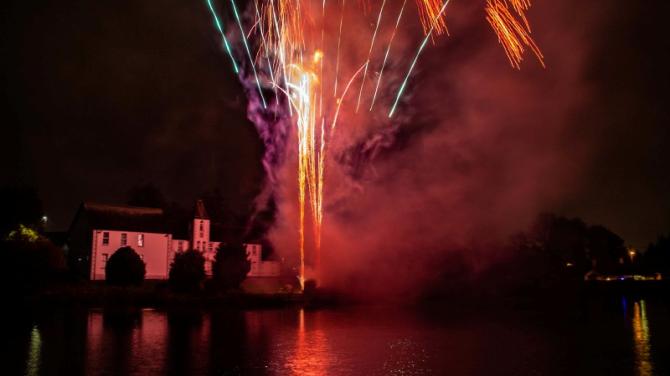 MID & East Antrim Council’s decision to move their Ballymena Hallowe'en extravaganza to the People's Park proved to be 'bang on'!

An astounding 7,500 people joined in the spooktacular fun - and thankfully the rain stayed away.

And now locals are wondering why the superb Park setting could not be used for a major Christmas celebration in the town.

Many of those who attended the fireworks were convinced it would be a fantastic festive hit with families coming from far and wide.

"Can you imagine the trees lit up and decorated?" asked one woman. "If you worked things the right way you could have sleigh rides, a fun fair, music and a Christmas market. "The 'Hallowena' celebration, while given the thumbs up by the vast majority who attended, did come in for some criticism over queuing times and many visitors said that the firework display had been 'a little disappointing' in comparison to previous shows at the Ecos Centre.