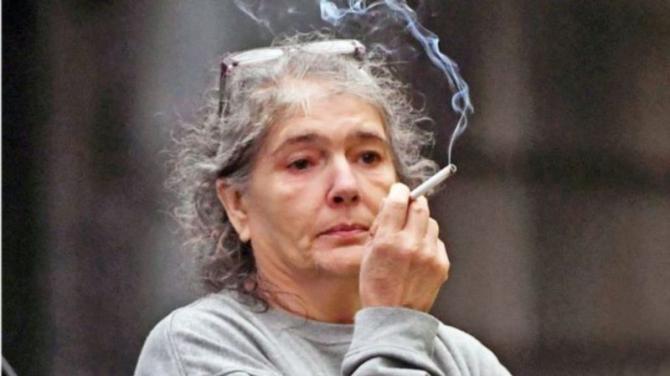 A woman who lived with her partner's corpse while claiming his prescription medication told relatives he was ‘in bed with back pain.’

Angela Irwin (54), whose address was given as Holywell Hospital in Antrim, admitted preventing the lawful burial of a corpse and was jailed for a year.

The charges followed the death of 40-year-old Robin McMaster, whose body was found at Devenagh Court in Ballymena on 22 November 2018.

Relatives who phoned the home Mr McMaster and Irwin shared were told by Irwin that he was in bed with back pain and could not be disturbed.

His brother entered the flat on 22 November last year to find scented candles burning and "barged past" Irwin to find Robin McMaster dead in the bedroom.

He telephoned police who discovered a "severely decomposed" body.

The court was told Mr McMaster's brother has since been diagnosed with Post Traumatic Stress Disorder.

A prosecution barrister said police investigating the case found Mr McMaster had not been seen since 13 November - nine days before his body was found.

However, medical evidence suggested he could have been dead between two and three weeks given the level of decomposition.

Irwin was originally arrested on suspicion of murder, but Mr McMaster's cause of death was later found to be "most likely" an overdose of Tramadol and other prescription drugs he was taking for medical conditions.

The court was told that a plumber carrying out work at the flat on 15 November had "interrogated" Irwin on the smell in the property.

A day before Mr McMaster's body was found, the court heard Irwin ordered sleeping tablets and antihistamines from his GP in his name which she used herself.

A defence barrister said Irwin wanted to "convey her unreserved apology and sympathy" to the family of the deceased.

It was heard Irwin suffers from anxiety and depression, and has abused prescription medication.

A judge said it was "a very tragic case".

She read a statement from Robin McMaster's mother in which she detailed how she had called to check on her son to be told by Irwin that he was unwell, the details of what he had eaten that day and how she had helped him shower.

The statement continued: "She kept my son lying there like a piece of rotting meat.

"I was unable to touch his hair or tell him goodbye.

"I am serving a life sentence as a broken mother."

The judge told Irwin she had been living a "sad and squalid" life at the time of the incident, and "simply lived in a retreated world and denied what was happening".

Irwin was given a two-year sentence - one to be served in prison and one on licence.

Irwin, who is 54, also admitted a charge of false representation on 21 November 2018.

That involved ordering prescription medication from a GP on the pretence that such medication was for the treatment of another.