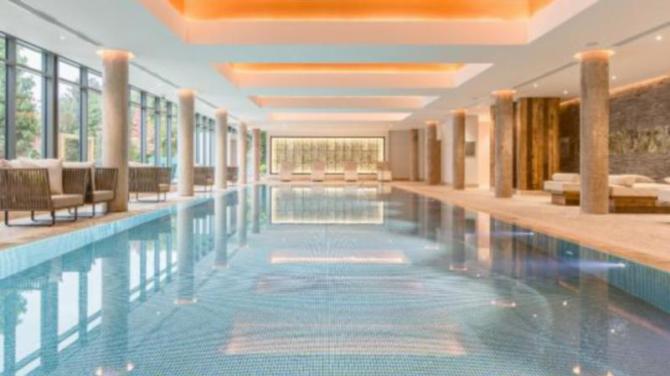 WITH manufacturing clearly on the decline across the region, Mid and East Antrim Council are hoping to ease the economic pain through the blossoming local tourism industry.

Councillors were told at their monthly meeting that tourism is anticipated to be a major growth sector in the economy, with the potential to deliver additional wealth and jobs to the borough. Tourism Northern Ireland forecast that by 2030, tourism will double to be worth £2billion to the NI economy.

Some key actions have been to set up three private tourism clusters based around The Gobbins, The Glens and Ballymena, the production of a new tourism website, Facebook, Instagram and YouTube channels, successful partnership marketing campaigns with P&O, Galgorm Golf Resort and Spa and Causeway Coast and Glens Council. Furthermore, The Gobbins, Andrew Jackson Centre, Arthur Cottage, Carrickfergus and Ballymena Visitor Information Centres have all received 4* status in national grading schemes.

Councillors were told that since the inception of the tourism strategy, Council's tourism performance has steadily improved. Figures for Mid and East Antrim demonstrated a rise in tourism spend of over £7m, up from£43.2m in 2017 to £50.6m in 2018. Furthermore, the percentage of pure holiday visitors visiting the borough has risen to 47% in 2018.

The budget for the development of a new tourism strategy will be in the region of £20,000.

DUP Councillor Gregg McKeen proposed Council invest the £20,000 in a new strategy, saying that the increase in tourism over the past three years was 'good to see.'

He added: "We need to build for the future. There are still opportunities from countries that we haven't dipped our toe in."

Alliance Councillor Robert Logan concurred, saying: "Anyone who lives in Larne Lough and Coastal DEAs will have seen the substantial increase in tourism."

DUP Councillor Billy Ashe, said: "We've made tremendous progress in tourism" but said there should be a better emphasis placed on Carrickfergus.

SDLP Councillor Eugene Reid also welcomed the strategy. He outlined the skills gap and difficulty in getting people to work in the sector, explaining that work in the tourism sector mainly appeals to students and part time workers.

He added that council should work with the stakeholders and promote careers in tourism.

It was unanimously agreed that Council who implement a new tourism strategy at a cost of £20,000.