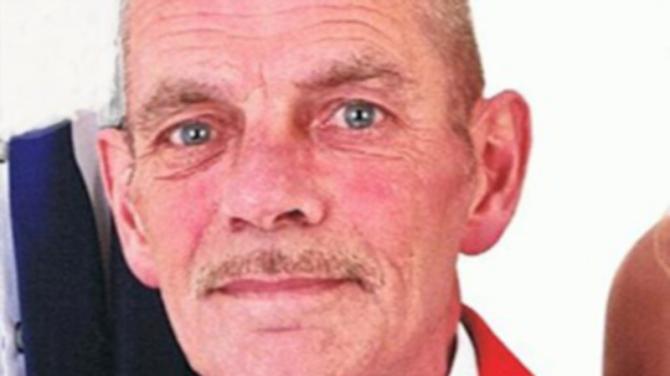 TRIBUTES have been paid to Ballymena man, Bobby McIlroy, a long serving member of the Ulster Defence Regiment, who passed away last week.

A poignant memory of the Ballykeel man was provided to the Ballymena Guardian on behalf of the Regimental Association.

It reads: “Bobby was a baker by trade, and a renowned one at that, but in addition he was a well-trained and very efficient part-time Soldier.

“Bobby joined his local Battalion of the Ulster Defence Regiment and served the majority of his time in 1st (County Antrim) Battalion's A Coy where he served his country and his community with immense pride, dedication to duty, and commitment during some very dark and dangerous times.

“He rose to the rank of Sergeant and always took his rank and its responsibilities seriously, yet he is remembered for often putting others before himself.

“Nothing was too much trouble for him and his attention to detail, and his loyalty and support for his subordinates is well known by all who served with him and knew him, and his professionalism is easily acknowledged.

“In the 80's Bobby was one of those chosen to represent the Battalion/Regiment at the annual Festival of Remembrance in the Royal Albert Hall in London, where he proudly marched and Paraded with the Armed Forces Muster.

“Those within the Regimental family were truly saddened to learn of Bobby's death and some of the words used to describe him by others who served with him are of a well-turned-out Soldier whose uniform was always immaculate.

“He was a friend to many, decent, fun-loving, dependable, honest, helpful, kind, caring, supportive, loyal, a gentleman, generous, one who gave and shared his time with others and, above all, trustworthy.

It is no surprise then to learn that, even in his last days, Bobby's love for his Regiment remained and he continued to think of others when he desired that donations in lieu of flowers should be made to the UDR Benevolent Fund. Stand Easy Bobby. LEST WE FORGET.”

Major Roy Bonar added: “He was a comrade who walked with us to the forefront of “harms way”. For me he was always a friendly guy and a good soldier who loved the Regiment and his comrades.”

McIlroy Robert (Bobby) 28th August 2019, at hospital, late of Barra Drive Ballykeel Ballymena. Beloved father of Kerry, Kelsey and Zoe, dearly loved son of Harry and Margaret and brother of May, Carol, Alastair and Leonard. The Funeral service was held in Henry’s Funeral Parlour, Broughshane Street, Ballymena BT43 6EE on Saturday 31st at 12 noon with interment afterwards at Ballee cemetery. Donations in lieu of flowers may be sent to James Henry Funeral Services (address above) for UDR Benevolent Fund.