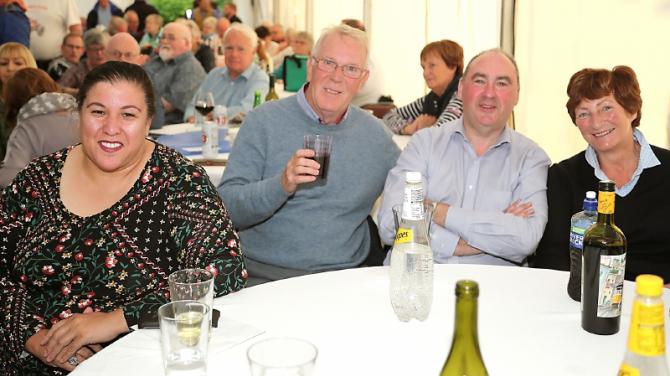 Broughshane was alive with the sound of music last weekend when the Music Mania event rolled into the village.

Local people were given the chance to take to the stage and show off their musical abilities and talents, both with instruments and voice.

Many turned out to not only take part, but also to watch on and support those on stage.

Bob Esler was the compare for the evening where there was live music on stage from 5pm with an open mic session and a BBQ proving popular with everyone.

Bowana, a four-piece blues, soul and rock band then entertained the crowds and played late into the evening.

He told the Guardian: “It really was a terrific night.

“We were thrilled with the talent that took part in the open mic session and we were equally delighted with the performances of everyone else.

“There was a great response to the traditional music section and we had an enthusiastic audience for Bowana and the easy listening part of the evening.

“The rain didn’t even manage to dampen spirits and our BBQ was also a great success.”

Mr Scott is keen that an event like this would be repeated in the future.

“We definitely are looking at how this could be repeated.

“Hopefully we can establish a pattern for events that will celebrate the end of Summer each year.”