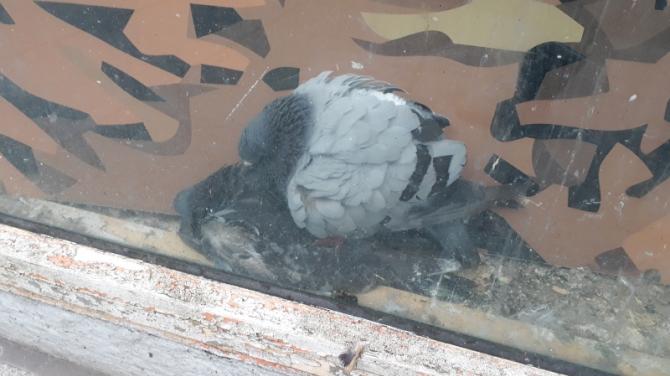 THE sad plight of birds who are suffering a slow death in the front window of an empty shop in Church Street has prompted a local woman to call for action.

Janice McMillan called with the Guardian last week to highlight the issue which she said was a shame on Ballymena.

“I’ve enquired and it seems no-one knows where to locate the current owner of these premises.

“If that is the case then why can someone in authority not gain entrance and save these birds? They will probably be dead by the time this story appears in print - in fact, I’d say one of them has already died.

“But if the materials which seem to be blocking them into the window were stripped away then at least no other birds will get trapped.

“It’s a shame that this very upsetting scene is taking place right in the view of the public going up and down one of the town’s premier shopping streets.”

“Council referred this matter to PSNI’s Wildlife Liaison Officer, who is now dealing with the issue.”

However, by Monday lunchtime a total of three dead pigeons were now in a decomposed state in the window.