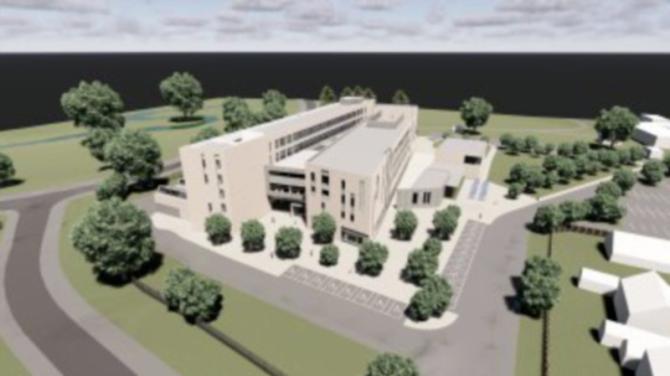 ALDERMAN Audrey Wales has welcomed the planning approval of an £84million redevelopment project at the Northern Regional College, Farmlodge Campus.

Planning permission was granted at last Thursday's Planning Committee held at The Braid.

The DUP alderman said she was "absolutely delighted" that the plans had been approved and it would be a "very exciting" development at the St Patrick's Barracks site.

The College is set for a major redevelopment project as part of an £84 million investment into sites at Ballymena and at Union Street, Coleraine.

Funded by the Department for the Economy, the two new state of the art campuses are scheduled for completion by summer 2022.

The redevelopment will consolidate the Farm Lodge, Trostan and Lamont buildings.

According to information provided to members at the meeting, the site is predominantly flat and access is taken off Farm Lodge Avenue and Granville Drive.

Surrounding land uses are dominated by housing and community uses within the town centre.

Notably the site immediately adjoins the former St Patrick's Barracks site, where a large mixed use development has recently been approved.

It was stated that when complete, both this application site and the St Patrick's site will complement each other.

A modern and functional four storey educational facility is proposed with associated features including a 456 vehicle car park.

No objections were received in relation to the proposal.

Alderman Wales proposed approval of the plans and this was seconded by Alliance Alderman Noel Williams.

All members voted in favour of the application, which included a number of conditions, including that internal noise levels from internal activity do not exceed 85 decibels, to protect residential amenity.