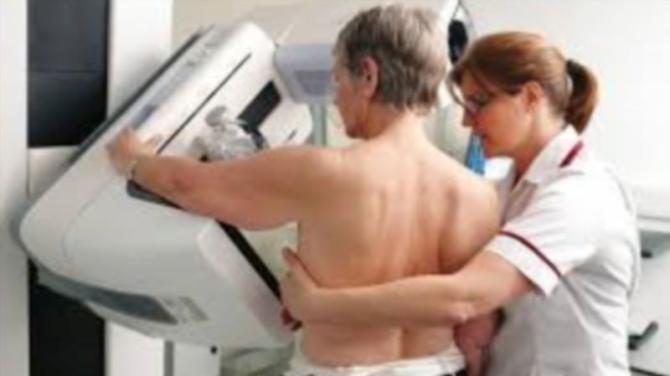 A ‘crisis’ in cancer care services in the Northern Health and Social Care Trust is so serious it merits central government intervention, says a local Assemblyman.

Robin Swann says Westminster “must act with the utmost haste to combat the new crisis in breast cancer services in the Northern Health and Social Care Trust - the second in less than 12 months”.

Mr Swann said: “Whilst all urgent suspected breast cancer referrals should be seen within 14 days, in June 2019 only 23% of red flag patients in the Northern Trust were seen within the two-week target.

“It was the third month in a row that the official target was widely breached - the performance in April was 27% and May just 21%”.

Last year, the Ulster Unionist Party revealed that in September less than 12% of all urgent breast cancer referrals in the Trust area were seen within 14 days.

It then recovered to 100% for a number of months before now once again rapidly deteriorating.

Assemblyman Swann added: “It is well known that early diagnosis and treatment saves lives and for many cancer patients and their families, time is unfortunately a luxury that very few can afford.

“Cancer is a particularly cruel and unpredictable disease so there should be no opportunity for or tolerance of delays.

“I have long been concerned about the delivery of breast cancer services in the Northern Trust.

“Now, I have learned that increased demand and yet another unexpected consultant absence has once again caused a major deterioration in performance over recent months.”

Mr. Swann was adamant that pressures have again ‘boiled over’ and are now resulting in patients with suspected cancer having to wait for far longer than they should be.

He added: “This is an appalling situation. When the UUP revealed last year that those delays had become so serious, the Northern Trust tried to allay concerns by saying that they were taking immediate action to secure additional in-house breast assessment clinics in Antrim as well as in a neighbouring Trust.

“It’s clear however that the steps taken then were not a permanent resolution and have fallen far short of what was required to put the service on a sustainable and safe footing.

“What makes this most recent deterioration even more serious is that the Northern Trust has again already requested urgent support from other Trusts, but this time they are unable to provide assistance as they too are experiencing their own capacity issues.”

Mr. Swann contended that the main problem in the Northern Trust appears to be an issue of demand ‘far exceeding’ capacity.

He continued: “I have been informed that the Northern Health Trust had budgeted for 2,880 red flag breast cancer patients in 2019/20 - 240 a month.

“Whilst it may sound significant, the reality is that there were 465 red flag referrals received in the month of May 2019 alone - almost double the service’s core capacity for the month.

“With the failures in local workforce management combined with simply not having the capacity to meet demand, it is little surprise that the service is in crisis once again.

“I believe a fourth weekly breast clinic will commence in September 2019, but even this will still not be enough to fully meet current demand.”

The Ulster Unionist leader argued that if there was a local Health Minister in place they would rightly be held to account for what has happened.

“As I said last year, they would be forced explain what immediate steps they were taking to put it right.

“But with no Minister and no local Executive, our local health service is largely leaderless just when it is in greatest need of strong and decisive leadership.

“I also have serious concerns about how the management of the Northern Health Trust could allow such a serious situation to develop twice within less than only 12 months.

“The previous Secretary of State repeatedly failed to intervene to protect the interests of local patients. It is my sincere hope that the new Secretary of State recognises that patients are being woefully let down as a result of the delays in the local health service.

“Experience has shown that having the five Trusts managing separate services is failing patients. We need better overall workforce planning. We need a more joined up assessment service so that individual patients from one Trust area are not forced to suffer to this extent as a result of the absence of a member of staff.

“Finally, we urgently need someone - either a local Health Minister or a Direct Rule Minister - who is empowered to drive much-needed improvements in our local health service,” said Assemblyman Swann.

In response the Northern Health Trust said: ”We have an extremely professional and committed specialist medical team who carry out this work but the stark reality is that we have insufficient resource to meet current demand in the Northern Trust area and that demand, as is the case elsewhere, is growing.

“The Department of Health’s consultation document on breast assessment stresses that there is strong clinical consensus in support of the view that the current regional service provision is no longer sustainable.

“Resources are spread too thinly across the five Trusts. As a result, services are fragile with factors such as staff sickness, staff departures and even staff leave posing significant problems. As a result, we see longer waiting times which is just not acceptable, particularly for red-flag patients.

“One of the important outcomes of the Department’s consultation will be a carefully considered decision as to how breast assessment should be structured across the region. That solution must reflect what is in the best interests of patients.”