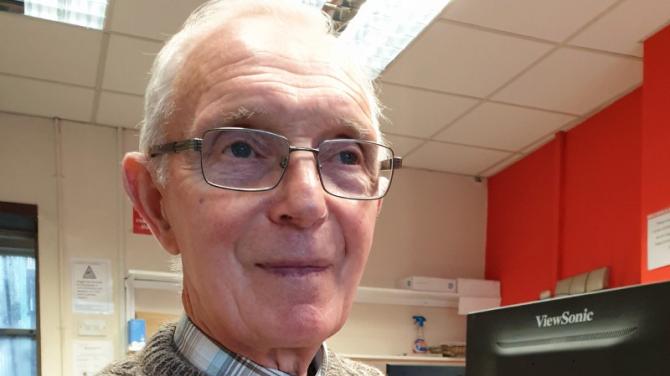 AN 80 year old man from Portglenone has proven that it is never too late to start writing.

Leo Convery decided at the age of 70 to put pen to paper, after never having written before.

Leo, a member of Portglenone Writers Group, explained that the book is about his childhood and tells the story of growing to adulthood in the harsh conditions of rural Ireland during, and after, World War 2.

He said: “I am dyslexic which makes writing difficult and every word is a struggle. At the age of 70 I started to fight back and The Island Boy is one part of the story.

“I gave myself ten years to write a book and I had no idea what it was going to be about. Being part of the writer's group has been a great help because it has taught me the importance of listening and picking up information from other people.

“I wrote as much from my head as I could and I believe I have enough left for another book.”

The Island Boy is set amid the wild beauty of small farms, bog land, streams and rivers which inspired dreams and adventure in the mind of an observant and inquisitive boy. Such a landscape was also a place of poverty.

Leo's earliest memories are heavy with grief and unhappiness, but these are gradually replaced by hope and enrichment which grew, not from material riches, but from the resources which can only result from the bonding of love of a close family.

The book launch commences at 7pm and everyone is welcome. Proceeds are in aid of Foyle and NI Hospice.