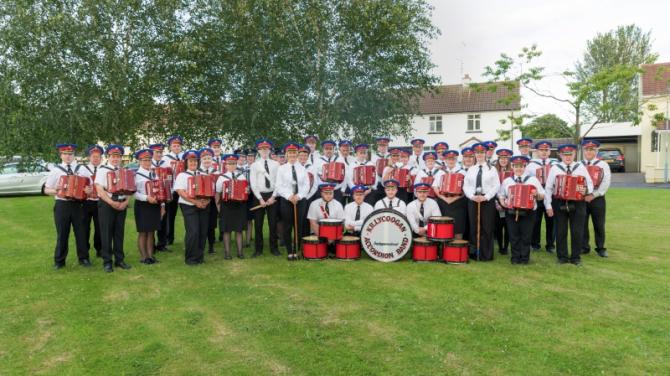 KILLYCOOGAN Independent Accordion Band have been celebrating their 70th birthday with a series of events.

Hosting their annual band parade in Portglenone, their ranks were swollen by former members who returned to celebrate the special occasion.

A number of bands paraded through the villge and a large crowd turned out to support the event with all proceeds being donated to the Motor Neurone Disease Association.

Following the parade, past and present members of the band, family and friends enjoyed supper provided by the ladies’ support group and an anniversary cake was cut by one of the founder members, Mr. Gordon Caldwell.