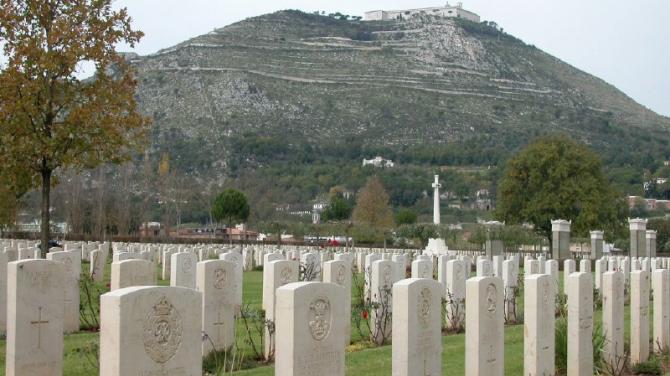 WHILE urging Mid & East Antrim Council to honour the last surviving veterans of World War 2, DUP councillor John Carson reflected on the cost of that global conflict to one local family.

Proposing a motion that each surviving veteran in the area - from across the services and the merchant navy - should receive a silver 'Poppy of Remembrance' in November, Alderman Carson said it was also fitting to remember those who had made the supreme sacrifice especially with the 75th anniversary of the outbreak of war looming.

And he recalled the story of a man from his own district of Tullygarley who had lost his life during the bitter fighting at Monte Cassino during the prolonged and bloody Italian campaign.

"In the 1940s, Sam Shaw had a wife and one child and another one was on the way. Like many in those days, he set off for Scotland to try and find work to support that family," he said.

With the war at its height, Sam had joined the Argyle & Sutherland Highlanders and it was with that unit that he served in Italy.

"During actions on May 15,1944 he was wounded and later died of those wounds leaving a widow, Elizabeth and two sons - Tom and Desmond. Tom has asked me to read the epitath which appears on the grave of the father he and his brother never knew - 'I died for your freedom - cherish it'."

The motion was seconded by Cllr. A Clarke (DUP) who said the poppy gift was an ideal opportunity to pay tribute to those who came back from conflict often broken in body and troubled in mind.

"This is a tribute to those who did grow old," he said.

The motion was carried with cross party support.