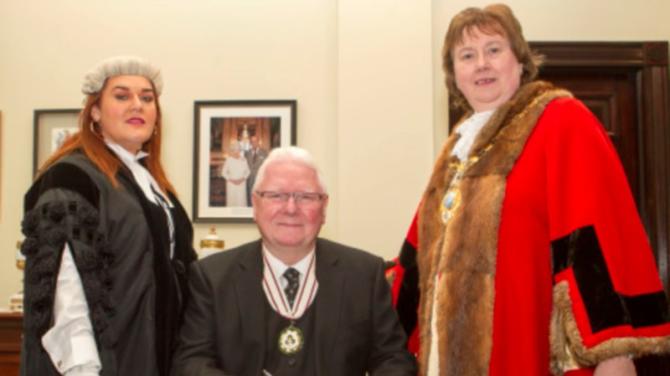 Mr Perry’s appointment was the final commission by HM Lord-Lieutenant Mrs Joan Christie, CVO, OBE, who stepped down at the end of June.

Mayor of Mid and East Antrim, Councillor Maureen Morrow, said: “I would like to take this opportunity to congratulate Mr Perry on the appointment as a Deputy Lieutenant for County Antrim.

“Mr Perry has carried out a lot of important work in the community and I have no doubt that this will continue throughout his time in this role.

“I’m delighted Mr Perry’s first engagement as Deputy Lieutenant was in Ballymena, where he helped us mark Armed Forces Day.”

Mr Perry was recognised in 2017 on the Queen’s Birthday Honours by receiving an MBE for his services to the community in Ballymena.

A chartered accountant by profession, Mr Perry, who hails from Gracehill, has held senior management positions in Northern Ireland Electricity and the Northern Ireland Tourist Board and ran a family business in Ahoghill.

Closer to home, James is an active member of Ballymena Rotary Club and a major contributor to the highly successful ‘Ahoghill in Bloom’ team.

In 2016 he held the post of High Sheriff for the County of Antrim and lately served as the Clerk to the Lieutenancy of Antrim.