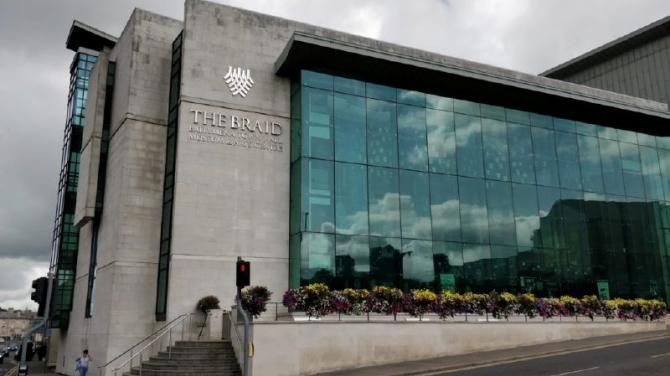 With commemorations for the 75th anniversary of the D-Day landings taking place on June 6, take a trip to Mid-Antrim Museum to view their exhibition for a deeper understanding of the Battle of Normandy.

The museum has developed a small panel based exhibition to reflect national events and the local context on this key date of the Second World War.

The D-Day landings were the largest seaborne invasion in history.

The exhibition explores the stories of local men, both fatalities and survivors, who took part in the D-Day Landings and the subsequent Battle for Normandy in June 1944.

The impact of the Second World War on local daily life (in 1944) is also highlighted as local people continued to feel the effects of war.

Many Gibraltarians were evacuated to the local area in 1944, with 8 camps located in the Ballymena area.

The exhibition can be viewed in the atrium at The Braid, Ballymena and will run until Sat 22 June and admission is free.

Continuing on a wartime theme, later this year on 2 July, a First World War touring exhibition ‘Men Behind the Glass’ will be on display in the museum’s exhibition gallery at the Braid over the summer.

This exhibition is on loan to Mid-Antrim Museum from Campbell College, Belfast. Campbell College undertook a project in partnership with the Public Records Office of Northern Ireland to digitise and share the college’s photographic archive and develop an exhibition to tell the stories of the lives of men who served.

The project was funded by the National Lottery Heritage Fund.