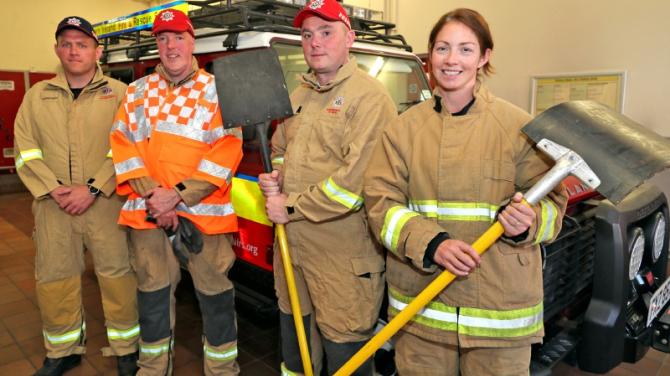 As temperatures begin to rise the Northern Ireland Fire and Rescue Service (NIFRS) has issued a reminder about the dangers of wildfires.

Station Commander Alan Barr from Ballymena District, NIFRS explains the dangers of wildfires, which are often associated with the sunnier and hotter weather.

He said: “Whether deliberate or accidental, these fires are extremely dangerous and can spread rapidly. Wildfires pose a serious risk to life, property and the environment. If the wind speed or direction changes quickly, escape routes can be quickly cut off.

“Wildfires mostly occur in remote locations, however they require a huge amount of firefighters, equipment and time to deal with them safely. Consequently, normal response times to incidents such as road traffic collisions and house fires may be increased, posing another danger to the public.”

NIFRS has provided the following tips for wildfire prevention:

Only use BBQs in designated and safe areas. Never leave them unattended and ensure that they are fully extinguished;

Remove all bottles and glass. Sunlight shining though glass can start a fire;

Don’t attempt to tackle fires that cannot be put out without a bucket a water. Leave the area and dial 999.;

If you see a fire in the countryside, dial 999;

If you see someone setting fires, report it to the police.

“By following these tips everyone can enjoy the countryside and have a safer summer,” Station Commander Barr concluded.

By June last year firefighters had tackled close to 1,000 gorse fires across Northern Ireland since the start of April - 600 in one week alone.