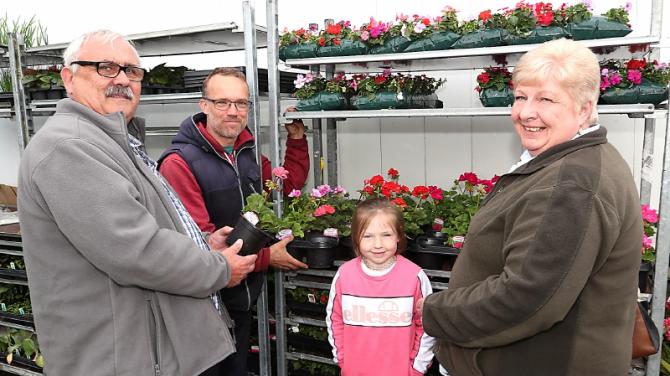 IT seems there has to be a day, week or month for just about everything in the current climate.

But as Mid and East Antrim Council extols the virtues of local markets and their benefits to the area’s economy then it's only fair to point out that every Saturday is a 'market day' in Ballymena.

And that tradition is firmly bedded into local history.

In fact, Ballymena's commercial roots can be directly traced back to 1576 when Queen Elizabeth I granted land, including the town of Ballymena, to Sir Thomas Smith.

That's 12 years before the defeat of the Spanish Armada!

The lands had been forfeited to the crown after Irish chieftain Shane O'Neill's resistance in the 1560s.

Smith brought English settlers to the area. They were among the first pioneers in planting English and Scots settlers in Ireland.

But by 1581, Smith's settlement failed and the lands reverted to the crown.

On 10 May 1607, King James I granted the Ballymena Estate to another native Irish nobleman, Ruairí Óg MacQuillan. The estate passed through several owners, eventually passing into the possession of William Adair, a Scottish laird from Kinhilt in southwestern Scotland.

The estate was temporarily renamed "Kinhiltstown" after Adair's lands in Scotland. The original castle of Ballymena was built in the early 17th century, situated to take advantage of an ancient ford at the River Braid.

In 1626 Charles I confirmed the grant of the Ballymena Estate to William Adair, giving him the right to hold a market at Ballymena on every Saturday. He hired local Irish as workers on the estate; they served as tenant farmers for much of the next two centuries and more.

And from those early days, Ballymena became a commercial hub for central Co. Antrim, steadily growing in prosperity through the years of the linen boom in the 19th century.

Until recent years, the traditional market had been held at the area known as the 'Fair Hill' on lands bordered by upper Broughshane Street, William Street and Thomas Street.

When the area was sold for the development of what is now the Fair Hill Shopping Centre, the Saturday market was moved to its current venue near the Seven Towers Leisure Centre.

And that is pretty much where the whole tradition kicked off nearly 400 years ago as the site is pretty much right in the front garden of what used to be the Adair family's residence in Ballymena!

Mid and East Antrim Borough Council is urging you to come enjoy, explore and love your local market this May as part of UK wide campaign to support our local traders. ‘Love Your Local Market’ runs from 17-24 May. This year Mid and East Antrim Borough Council are supporting a range of local individuals sample market life, including; local food producers, crafters and jewellery-makers.

Ballymena: Seven Towers Leisure Centre car park, every Saturday from 7am to 2pm