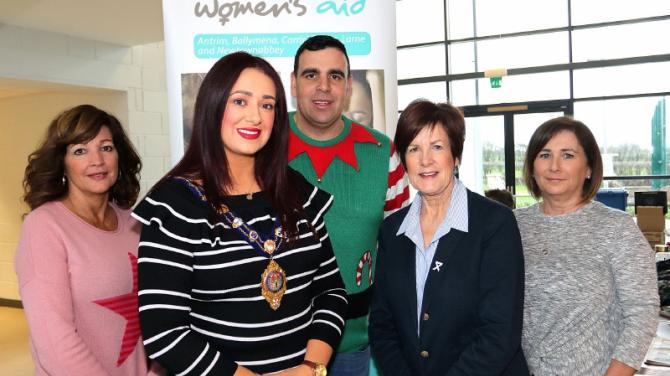 A Mid and East Antrim councillor has thanked all those who supported his Big Breakfast in aid of Women’s Aid.

Alderman Stewart McDonald said he was overwhelmed by the backing for the event, which took place in Ahoghill Community Centre last Saturday.

He said: “I would like to thank everyone who turned out to support this vital cause. Also thanks to anyone who sent a donation as they were unable to attend. I’m really pleased that we managed to raise £460, which will be donated to support the crucial work of Women’s Aid.

“Special thanks also to all the volunteers who gave up their time and made this event happen, and to all the businesses and individuals who donated food and other items. I really appreciate the support of Mid and East Antrim Mayor, Lindsay Millar, Cllr Timothy Gaston and Cllr Noreen McClelland from Antrim and Newtownabbey Borough Council.”

The Mayor added: “Well done to Stewart for all his hard work in arranging the Big Breakfast. Women’s Aid is a charity extremely close to many of our hearts and we are indebted to the organisation for all the work they do within our community.”