The war to end all wars? 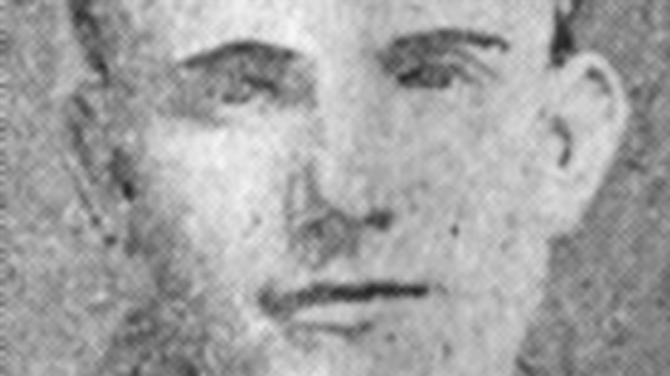 AFTER four bloody years, the ‘Great War’ finally came to an end - to all intents and purposes - on November 11, 1918.

It was meant to be the ‘war to end all wars’ but that was a fallacy.

While the ‘official war’ was over, the overspill of the carnage would result in strife and conflict in the world’s traditional hotspots.

And, only two decades later, the world would be plunged into an even more terrible conflagration, the roots of which were firmly sown in the twisted mind of an Austrian-born corporal who regarded the armistice as a ‘great betrayal’.

Adolf Hitler was one of many on the German side who believed they had been sold out by the ‘enemy within’ rather than admit that they had simply been worn down by the overwhelming superiority of the Allies.

That twisted logic was to result in millions of more deaths - many of them the sons and daughters of those who fell in the 1914-1918 battles.

These are the final news items from ‘The Weekly War’, the newspaper column which had followed the locals in far off lands for four grim years.

Mr. William Blair, 29 Queen Street, Ballymena, has received information that his son, Private J. Blair, Irish Guards, was wounded on 2nd November and is at present in a London Hospital. He was formerly employed as a tailor by Mr. Davis, Wellington Street and joined the Guards three years ago. This is the second time he has been wounded.

Private James Galbraith, Royal Scots, son of Mr. Alex. Galbraith, Carnlea, Ballymena, who was taken prisoner in April last, has written home stating he escaped from the internment camp at Friedrichsfield, Germany, two days before the signing of the armistice. He says he had a good breakfast that morning, the first for seven months. Prior to joining up, Private Galbraith was a clerk in the office of Messrs. J. K. Currie and Son, Solicitors, Ballymena.

BELL, Frank, 54284, Private, 1 Cameronians (Scottish Rifles), died of pneumonia on December 3rd, 1918. He is buried in Caudry British Cemetery, France. He was formerly of Newtowncrommelin, and was the son of John Gibbs Hill of Harthill, Lanarkshire, Scotland.

Mr. John S. Bell, Harthill, Lanarkshire, Scotland, late of Newtowncrommelin, Ballymena, has been notified that his fifth son, Private Frank Bell, Cameronians, has died as the result of an attack of pneumonia.

STEELE, George, 8832, Rifleman, 11th Royal Irish Rifles, died in Germany on the 3rd December 1918. He was born at Carnalbanah and lived at Moat Road, Harryville. He is buried in Hamburg Cemetery, Germany and commemorated in Carnalbanagh Presbyterian Church.

LITTLE, Robert, 22849, Lance Corporal, 2nd Royal Inniskilling Fusiliers, died from injuries received while a POW on the 12th December 1918. He was born at Limavady, but lived in and enlisted at Ballymena. His wife and five children at were at Millview Place, Ballymena. He is buried Niederzwehren Cemetery Germany and commemorated in 2nd Ballymena Presbyterian Church.

Ballymena Observer January 3, 1919 - Mrs. Little, Millview Place, Ballymena has received notification that her husband, Lance Corporal Robert Little, Royal Inniskilling Fusiliers, who was a prisoner of war in Germany, died on 12th December in a military hospital as the result of injuries received in a German sugar factory during his period of captivity. He was wounded twice and gassed once during the war and was taken prisoner on March 21 1918. He leaves a wife and five children to mourn his loss.

SMALL, Robert, 308225, Private, 14th Canadian Infantry (Quebec Regiment), died in an accident at Ballymena Railway Station on the 23rd December 1918. Aged 24, he was the son of Sam Small of Ballyminstra, Straid, Ahoghill. he is buried in 2nd Ahoghill Presbyterian Churchyard.

SMYTH, Archie, 340, Sergeant, 10th Australian Light Horse, died of pneumonia on the 27th December 1918. Aged 27, he was the son of Robert Smyth, Crumkill. His brothers were Robert Smyth DCM and Hugh Smyth, wounded. He is buried in Cairo War Memorial Cemetery.

Captain A. E. Telford, 15th Royal Irish Rifles, has received an immediate award of the Military Cross for conspicuous gallantry in action during operations in the Courtai District. He was originally gazetted to the 6th Connaught Rangers from Queen's University OTC. He is a native of Clinty, Ballymena.

For conspicuous gallantry and devotion to duty during the attack on October 14th 1918, in the Moosreels sector. During the advance his company was held up by flanking machine gun fire. He personally scouted the position, formed up his company HQ and then outflanked the enemy capturing the machine gun and its team. Later, when an enemy field battery was hindering the advance he led the support platoon in an attack, taking two guns and killing or capturing the entire crews. Throughout the whole operation he displayed courage and leadership of the highest order.

McCRORY, Samuel, Private, 109 Machine Gun Battery, US Expeditionary Force, died at the Amercian Base Hospital on the 22nd January 1919. He came from Dunnygarron, Cullybackey and is commemorated in Cuningham Memorial Presbyterian Church.

McNEILLY, Thomas, 380, Rifleman, 'C' Coy., 18th Royal Irish Rifles, aged 23, died on the 24 January 1919. He was the son of William and Elizabeth McNeilly, Braetown, Glenwherry. He is buried in Ballyclare New Cemetery.

DAVISON, Andrew, 11/7288, Rifleman, 12th Royal Irish Rifles, died on the 19th March 1919. He was from Galgorm and is buried at Bothwell Cemetery, Bellshill, Scotland.

SPENCE, William John, 22351, Rifleman, 12th Royal Irish Rifles, died on active service (Occupation Duties) in Berlin from pneumonia on the 1st/2nd April 1919. He was born at Craigs, Cullybackey and lived in Ballymena. He was the son of Mr. and Mrs. John Spence, 38 James Street, Harryville. He is buried in Cologne Southern Cemetery, Germany and commemorated in 1st Ballymena Presbyterian Church.

We regret to announce the death of ex-private Samuel McNeice, late 11th Battalion, Canadian Expeditionary Force, which took place on Friday, June 25 after a lingering illness. Deceased who was originally from Ballymena joined the colours in Canada on the outbreak of war and arrived in England with the 1st CEF. While still in the army his health broke down and he was in hospital for two years. He was subsequently discharged as unfit for further service. He then came back to Ballymena and resided with his sister, Mrs. Barr, Antrim Road, where his death took place.

CARROLL, Robert, 4051, Private, 1 Royal Irish Regiment, died on the August 7, 1919. He is buried at Crebilly RC Burying Ground. He was aged 45 and his wife Sarah lived at Broughshane Street, Ballymena.

Under heavy machine gun and shellfire during the operations south of Dadizeele on October 2, 1918, he helped to evacuate and render first aid to the wounded with complete disregard for personal safety. He assisted to carry two seriously wounded men from the front line to the regimental aid post, a distance of about one kilometre. He returned to the front line and continued dressing the wounded under heavy fire. His gallantry and conduct during the entire operation were marked by all ranks.

On October 15th 1918, outside the village of Gulleghem, whilst in command of a company, he showed great coolness and initiative. When the advance on the right of his company was checked by heavy fire from enemy machine guns he led two platoons of his company round the left flank, capturing two of the enemy posts and causing the others to withdraw. His gallantry and determined leadership contributed in no small degree to the successful gaining on the objectives.

Captain, Temporary Major, Robert Alexander Hepple, MC of the Royal Army Medical Corps Special Reserve, has been awarded a bar to the Military Cross. He is a son of Mr. W. S. Hepple, Ballymena.

For conspicuous gallantry and devotion to duty during the operations at Roulers, Menin Road and Ledeghem from September 28 to October 5, 1918. As officer in charge of bearers of 28th Field Ambulance he worked incessantly night and day, keeping personally in touch with the battalions, in spite of shell and machine gun fire. He never once lost touch with the regimental officers, evacuating the wounded with the utmost rapidity thereby saving numerous lives.

MAWHINNEY, John, 24889, Lance Corporal Machine Gun Corps, died from wounds on the 5th June 1920. Aged 26, he was born at Little Ballymena, Ballyclare. He was the husband of Sarah Davison, formerly Mawhinney, of 3 Springwell Street, Ballymena. He is buried Larne New Cemetery.

Dr. Thomas Clarke of Liverpool, formerly of Ahoghill, has been notified that his son, 2nd Lieutenant R. S. Clarke, Machine Gun Corps, was killed in action on the morning of 5th October 1918. Captain Cyril Lane states that on the morning the deceased was killed, the infantry were held up and suffering heavy casualties from enemy machine gun fire at close range.

MAWHINNEY, William, 289182, Petty Officer Stoker, HMS Gaillardia, was Killed by an explosion on board his ship. He had 20 years' service, having enlisted as boy sailor. His next of kin was Mr. Thomas McKeen, Bryan Street, Ballymena. He is named Chatham Naval Memorial.

McDONALD, David, 14286, Private, 5th Royal Inniskilling Fusiliers, died suddenly on the 15/16th November 1918. His sister lived at 12 Ballymoney Street, Ballymena, and he was the son of Lachlan and Catherine McDonald, 8 Union Street, Glasgow. He is buried in Kilbowie Cemetery, Dumbartonshire, Scotland.