Area hit by plague of burglaries 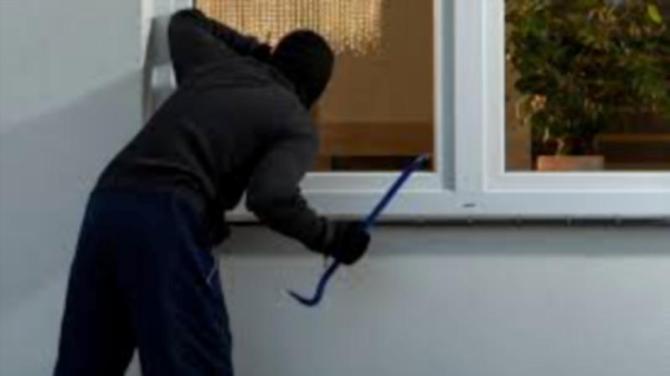 NORTH Antrim UUP MLA Robin Swann is urging the community to “become the eyes and ears of the vulnerable” following a recent spate of burglaries in the Ballymena area of the constituency “and immediately report anything suspicious to the police”.

His comments follow the latest incidents in the borough in which a 71 year old and 60 year old were targeted in the Old Grange Avenue and Carniny Road areas. The 71 year old male was in the house at the time of the burglary on Friday, November 9.

Assemblyman Swann said: “I totally condemn these heinous burglaries on this vulnerable section of our community. As constituents, we must bind together and become the eyes and ears of the elderly not just in the Ballymena area, but right across North Antrim.

“If people see anything out of the ordinary, they should report it to the police so that the thugs responsible for these raids are brought before the courts.

“To assist with this campaign of becoming the eyes and ears of the vulnerable, I would encourage communities for form themselves into PSNI-approved Neighbourhood Watch Schemes so that they can keep a close eye on their local communities in general.

“We also need tougher powers for the police to apprehend such criminals, and additional powers given to the courts to hand out tougher and longer sentences to those convicted of burglary."

He said: “I am appalled that the spate of burglaries in Ballymena has continued, with two separate crimes occurring at the homes of a 71 year old and 60 year old respectively.

“I would encourage everyone to be vigilant and report any suspicious activity to the PSNI, and to check the security of their own home.”

Continued from one: Mr Allister continued: “Further, I would encourage everyone to check on elderly or vulnerable neighbours who may need assistance.

“If anyone has any information, no matter how small, in relation to these crimes, please do the right thing and contact the PSNI.”

Police have urged residents in the borough to do all they can to deter burglars, including keeping all doors and windows locked.

They posted on a social media account: “Someone out there knows who is doing this. Maybe next time it could be your relative targeted. The only way to stop it is to catch them.

“If you have any idea who did this please let us know. Even if it is just a suspicion we can look into it.

“If you don't want to speak directly with the police please provide information anonymously via Crimestoppers on 0800 555111.”

The burglaries have been causing concern in Ballymena with many people taking to social media asking what exactly are their rights when it comes to defending their home against an intruder with one poster stating: “Our towns are getting so scary to live in.”

Police advised: “Firstly phone 999. Secondly the law will state that you can use no more force than is necessary in the circumstances. In short you are allowed to defend yourself but you can't use a sledgehammer to crack a nut!”

Another poster offered a tip: “Also if your doors have glass in them then remove the keys from the lock - I do this because I’m afraid of burglars breaking the glass putting in their arm and turning the key.”

The most recent reported burglary is one in a long line of burglaries in the Ballymena area over the past year.

Between October 26 and 28, there was a report of two burglaries at residential premises on Westbourne Avenue, Ballymena. A sum of money and jewellery was stolen.

A burglary occurred at Salon 61 in Martinstown between Saturday October, 20 and Monday October, 22. Various items were stolen, including Wella gift sets and a substantial sum of money.

In July the Leighinmohr area was targeted, with a house in Tullymore Park being robbed on dates between July 9 and July 12. A number of pieces of jewellery were reported stolen, including a gold diamond engagement ring, an albert chain and fob and a gold wedding band, a gold watch and two pearl necklaces. A sum of money was also reported stolen. A limited edition collection of 50 pence and £1 coins were also reported stolen.

In the run up to Christmas, when homes are packed with presents and some high value gifts, police are urging residents to take steps to secure their homes.

1: Check all doors and windows for any weaknesses.

2: Fit barrel locks to the top and bottom of doors.

3: Keep your house and car keys safe and away from doors and windows.

4: Ensure your alarm is activated and properly works.

5: Cancel any milk / paper deliveries when you go away.

6: Make sure you have up to date contents insurance.

7. Leave a light on in the darker weather.