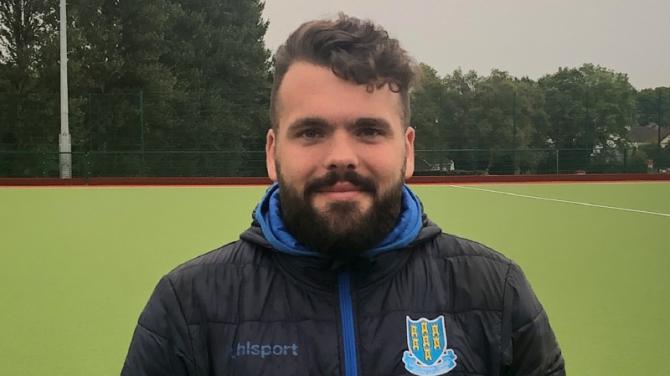 With more than 70 girls registered with the Club, Daniel is responsible for the leadership and development of the four junior squads – Under 9, Under 11, Under 13 and Under 15.

No stranger to the Sky Blues, Daniel, who is the son of Ballymena United legend Mark Carlisle, played his own youth football with Ballymena United Youth Academy before travelling across the water to Liverpool John Moore’s University where he completed a BA Honours Degree in Sports Coaching.

Already committed to coaching, Daniel’s time in Liverpool developed his passion for advancing the women’s game in particular.

While there, he was also able to gain some unrivalled experience. He coached the Liverpool Feds FC Women’s Youth Development Team, working alongside former England Women senior international player Leanne Duffy and well-known managers in the women’s game, including Fran Alonso.

Upon returning to Northern Ireland in 2018, Daniel completed his UEFA B licence and set up his own coaching business, Carlisle Coaching.

He then spent a year at Larne FC as Head of Girls’ Football before returning to his roots with Ballymena United, taking on both this role with the girls’ Youth Academy and coaching the boys’ Youth Academy 2007 squad.

Daniel said he is thrilled to have joined Ballymena United F.C. Women at this hugely exciting time for the Club and for women and girls’ football in general.

“We have an incredible opportunity to do something really special at Ballymena, to build the best football academy for young women in Northern Ireland,” he told Guardian Sport. “I know that might sound ambitious but why not. We are ambitious for our players and we are organising our Academy to support their progression through the junior section, into our first team and on to the highest levels of the game – professional opportunities and international representation.”

Daniel said football can be a big plus in individual lives and in the community. “So educating our players both on and off the pitch will be an important feature of our Academy as we develop not only brilliant footballers but also support their wellbeing and personal development,” he said.

Ballymena United F.C. Women Chair Mark Livingstone, who was featured in last week’s Guardian Sport, said the club is delighted to welcome Daniel as Director of the Youth Academy.

“To have someone of his calibre, both in terms of his qualifications and experience, is fantastic and it is a real statement of our intent. Not only that, but his passion and enthusiasm for the game and to see players progress and develop is incredible,” said the Chairman. “Daniel is, without doubt, one of the best young coaches in Northern Ireland and under his leadership, our Youth Academy will grow from strength to strength for the benefit of all girls and young women who want to play football at Ballymena United.” 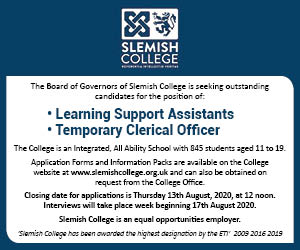