'We must give our all in tonight's Shield semi' - Ervin 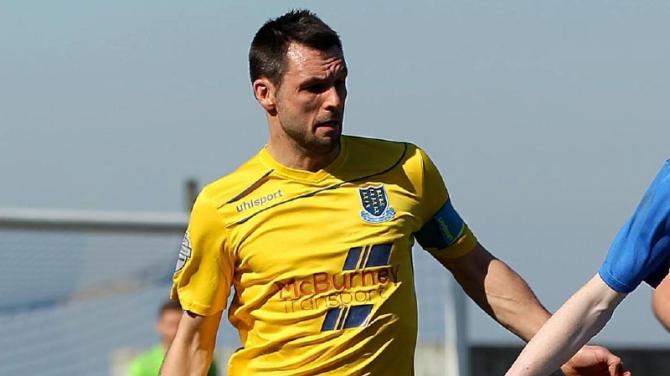 CAPTAIN Jim Ervin says Ballymena United will have to give their all in tonight’s (Wednesday) Toals County Antrim Shield semi-final clash with Harland and Wolff Welders at the Showgrounds if they are to secure a place in the final.

“We know what to expect from them,” Ervin told Guardian Sport. “They have nothing to lose. They will come to Ballymena and give it everything. We are going to have to be at our very best.”

Ervin says since coming to Ballymena United they have been drawing the Welders in all sorts of competitions.

“It has never been easy against them,” he recalled.

“I know their backroom staff and I know how well they will be prepared. There is a lot at stake ... a place in the Shield final. It is a huge, huge match for Ballymena United.”

Skipper Erwin admits United are going through a tricky patch at present.

Their last Premiership win was back on September 28 - when they beat Cliftonville 1-0.

“It is difficult when you get a spell like this,” outlined Ervin. “But what we - the players, and coaching staff, - need now is all the help we can get from the supporters. That is how we will get out of this - all sticking together. It is the only way we can come through.”

Meanwhile, United boss David Jeffrey agrees the County Antrim Shield semi final against Harland and Wolff Welders will be massive for the club.

Jeffrey hopes some of his injured players will be available for selection.

“We may have one or two back,” he said, adding that Ryan Mayse looks to have joined the casualty list with a groin strain, sustained at Solitude on Saturday.

At the weekend United lost 1-0 to Cliftonville at Solitude. They battled bravely throughout - but just could not find the back of the net.

The Welders enjoyed a 2-1 away win over Newry City (away).