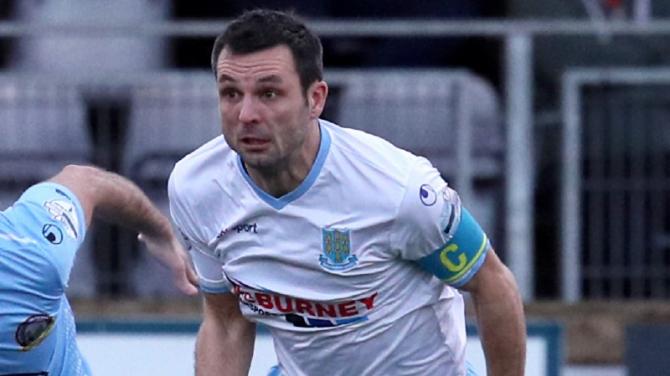 BALLYMENA United are in County Antrim Shield action tonight (Tuesday) - taking on Crusaders in the second round at The Showgrounds (7.45pm).

The sides met in the Premiership at the weekend with the spoils shared in a most entertaining 1-1 draw.

Now just days later Stephen Baxter brings his side back to town aiming to go one better this time.

If the Shield tie is anything like Saturday’s match the fans are in for a big night of entertaining football.

The weekend clash featuring the League leaders was a real plus advert for the Danske Bank Premiership.

Jamie McGonigle put the Seaview side in front from the penalty spot.

Ryan Harper, who was judged to have handled the ball inside the box, made amends by glancing in the equaliser in the 67th minute.

He quipped that the Scot Whiteside cross “hit him on the head” and zipped in past ‘keeper Gerard Doherty.

But the stocky midfielder timed his jump well and was delighted with the equalier.

United manager David Jeffrey knows Crues in the Sheild will be another real challenge for his side.

Half an hour after holding the League leaders to a draw came the news that the Sky Blues had drawn Crusaders in the next round of the BetMcLean League Cup!

This quarter-final tie will take place at the Showgrounds on Tuesday, October 29 (7.45pm).

But back to the present and tonight (Tuesday) United bid to send Baxter’s boys crashing out of the County Antrim Shield.

Jeffrey sees it as a challenge.