Cathair is role model for Ken! 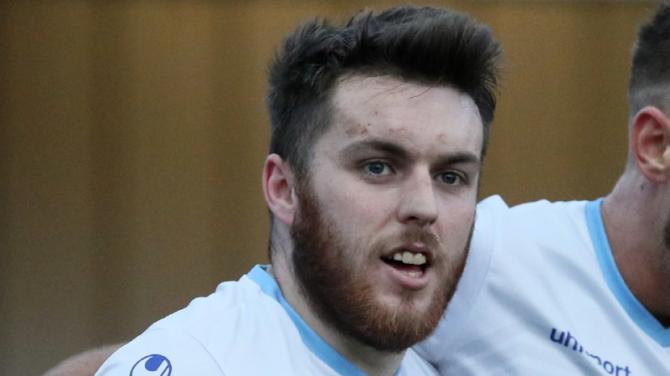 DAVID Jeffrey has said if teen Kenny Kane is looking for a role model at Ballymena United he should look no further than striker Cathair Friel!

Front man Kane receently joined United and is keen to make a good impression with his new side.

He signed from Junior club Dervock United and scored after coming on as sub in the pre-season friendly against Ballinmallard United.

Kane netted the winner in the 2-1 success at the start of August.

United took a gamble bringing Friel to the Showgrounds.

But they have been handsomely paid back ever since with the Drumsurn man finishing top United scorer in the past couple of seasons.

At Dervock Kane was their prolific goal scorer, and now United boss Jeffrey hopes he can guide him on a similar path in the Premiership.

It is a massive step up for the Dervock teen, a former pupil at Ballymoney High School.

There are very good reports about Kane at training, giving his all and anxious to learn.

Unfortunately Kane missed the pre-season match with his former club Dervock with a hamstsring injury, picked up after coming on as sub against Manchester United Under-23s.

He was also rested at the weekend, away to Dungannon Swifts.