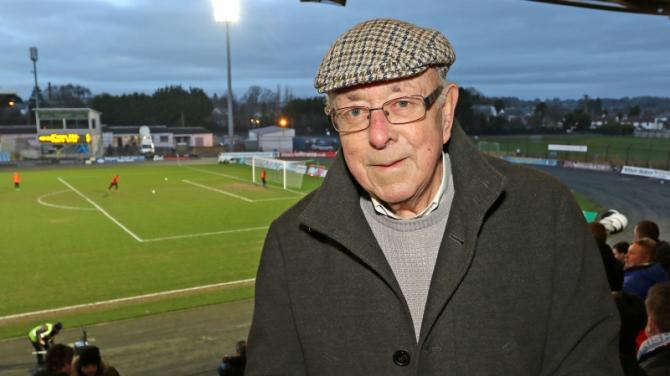 And he wishes David Jeffrey’s United side every success against NSI Runavik in the Europa League preliminary tie (7.45pm).

Davy, who will soon celebrate his 89th birthday, is a regular attendee at United’s home games.

His close friend Tommy Patterson, who is Chairman of the Seven Towers United Supporters Club, usually takes Davy along to the games.

The thought of attending such a big match on Thursday night is an exciting one for Davy.

“I hope Ballymena United give a good showing, and I know the fans will be out in force to cheer them along,” he said.

Davy, who comes from Lettercreeve in the town, has nothing but praise for the man who has taken United this far.

Last season United finished runners-up in the Premiership, which gave them automatic qualification for the Europa League preliminary ties.