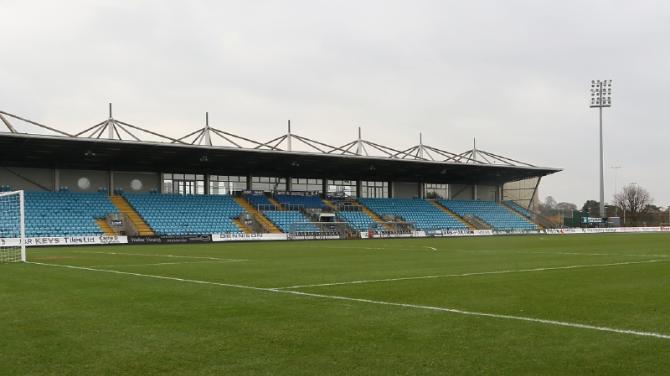 IT looks as though Ballymena United will play their upcoming European match at The Showgrounds!

Work gets underway this week on having permanent runners inserted around the pitch.

At the end of March the Showgrounds side was granted its European licence.

Sky Blue fans will be delighted to learn that Ballymena United is soon officially to be given the green light to play their home Europa League tie at home.

When United last qualified, back in 2017, they had to play their home tie at Seaview, Belfast. There was disappointment that Ballymena fans had to make the trip to the Shore Road in the city to see United take on Odds BK.

But this time is looks certain David Jeffrey's side will get playing their European tie at the Showgrounds.

He outlined that a 70-page dossier regarding the Europa Cup has arrived at the Showgrounds - and United officials, Iain Black and Johnny Irwin - along with United secretary Don Stirling are hard at work sorting out the necessary details and information.

“They are doing the preparation work for Ballymena United’s European games,” he told the good turnout in Ballymoney Royal British Legion.

Meanwhile, at the Ballymoney, Rasharkin and Finvoy United Supporters Club prize evening the club presented Ballymena United with a cheque for £1,000!

BRF’s Player of the Year was Adam Lecky and Leading Scorer was Cathair Friel.They also presented the player they sponsor throughout the season, Scot Whiteside, with an award.

United News - Ballymena United are back in training on Tuesday, June4!

The Ballymena United Annual General Meeting for share holders is on Wednesday, June 5, in the Des Allen Suite at the Showgrounds (7.30pm). Enter via the ECOS entrance!

Season ticket prices will remain the same for the new 2019-20 season.