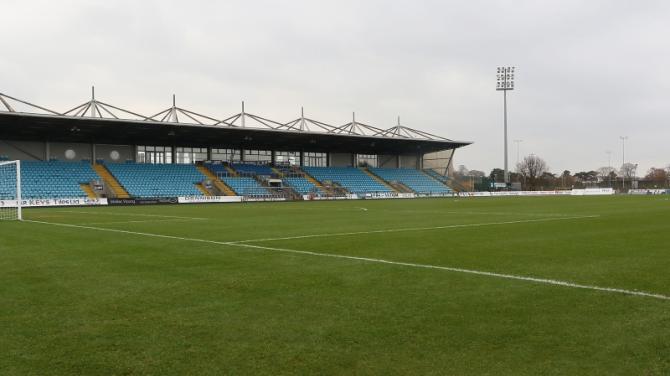 BALLYMENA United are hoping to play their home European tie at the Showgrounds, writes Shaun O’Neill.

Council started work on the central arena pitch on Monday and if completed in time they may give the go-ahead for the Sky Blues to play at the Showgrounds in June.

All at United are keeping their fingers crossed that the European home tie will actually be at home.

When Ballymena last qualified for Europe they had to play their home game at Seaview, home ground of Crusaders.

That Europa League game was against Odds BK back on July 6, 2017.

At the United end-of-season awards evening on Saturday Ballymena club Chairman John Taggart told the large audience that nothing was yet confirmed regarding where the European home tie will be played.

The Chairman said Council were poised to start work sand-banding the playing surface - adding it is hoped they will never see flooding at the ground again.

“We hope to get our home European game here at the Showgrounds. We have the facilities here. But if we cannot get the tie in Ballymena we will go back to Seaview,” he said.

But he made it clear that all associated with Ballymena United want to see European football played at the Showgrounds!

The draw for the Europa Cup rounds is on June 11. United’s two games will be on June 27 and July 4.

Council intend working flat out to get the additional work at the Showgrounds completed.

As well as working to assist Ballymena United Council are also wanting to make sure that the Showgrounds central arena is ready for SuperCupNI finals day which is on Friday, August 2.

Meanwhile, United boss David Jeffrey has spoken of the absolute pleasure of having his father Ken at the Ballymena v Glenavon game on Easter Tuesday - the game the Sky Blues won to earn automatic qualification into Europe.

United won the thrilling clash 4-3, with sub Shane McGinty firing in the winner three minutes from the end.