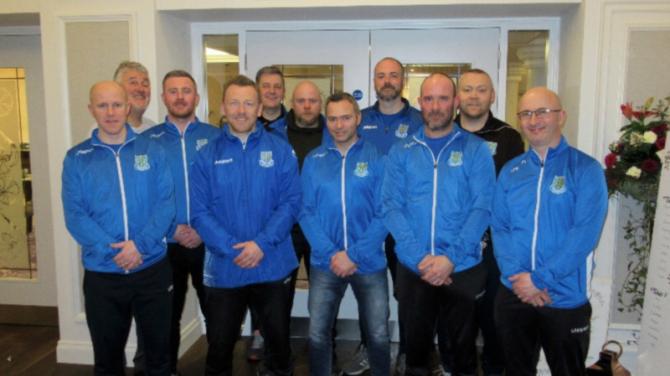 BALLYMENA United Youth Academy are delighted to confirm Jonny Hume as the new head coach of the Youth Academy.

Jonny has been in charge on a temporary basis and in conjunction with the senior club, the Youth Academy committee, his permanent appointment has been announced.

He has been a well known and popular figure in both local adult football and more recently the youth game for many years. A talented player at Raceview Rangers he also played for Chimney Corner and Glebe Rangers, where he subsequently also was assistant manager, helping to bring great success.

His energy and drive on the field was easily transferred to coaching. Jonny has coached at the Youth Academy for over 10 years, achieving his B licence a number of years ago and he is currently preparing to study for his A licence. He has brought National success to the club coaching the 2002 NIBFA Cup and 2005 NIBFA Plate winning sides but more importantly developing young players as they move forward on their career journey.

Jonny has already helped some former players establish themselves as junior international's and given them the base to build a career in football. “His passion for everything he does has been channelled into his work at the Academy,” said an Academy spokesman. “His vision for the club is exciting, and we at BUYA can all look forward to a great future working together.”