Weather takes its toll at weekend 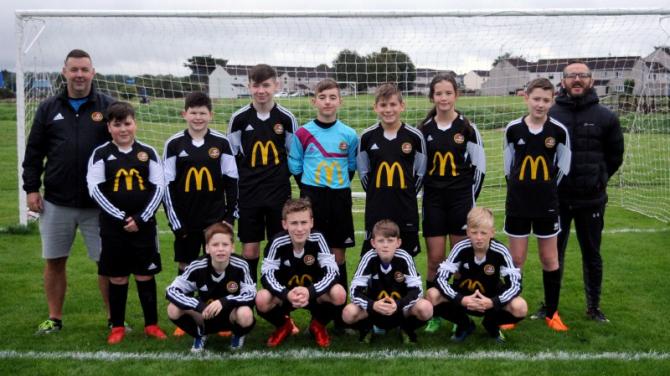 THE weather took its toll on a few club fixtures last weekend, with teams left disappointed.

The weekends Football Development Centre at St Louis Grammar School was cancelled at the last minute due to inclement weather when the playing surface was covered with snow!

It is hoped the centre will return this Saturday at the same venue starting as usual at 11am.

Children born in 2013 have a friendly game arranged this Thursday evening starting at 6pm at St Patrick’s College against N. End.

Two teams took part in the second night of the IFA Under 8s tournament at Ballymena Showgrounds, Carniny Youths and Carniny Amateurs.

The weather conditions were dreadful with the plastic goals sliding across the 3G pitch at one stage.

However, the boys performed really well losing only one of the eight games played in total.Special mention goes to Jamie Davidson, Andrew Ewart, Ethan Cherry and Luke Murray who scored most of the goals for Carniny Amateurs.

Well done to the boys for battling the elements as well as the opposition and thanks to all the parents who came along to support the boys in such miserable conditions.

The score rather flattered the home side when a draw was probably the fairest result!

Star took the lead after breaking down their left after 15 minutes but Carniny scored a deserved equaliser 10 minutes before the interval when Aidan Watt scored a 'peach' of a goal from distance.

The second period was pretty even with Aaron Murray, Cubitt, White and Niall Greer best for the visitors.

With 10 minutes remaining the home side took the lead again then on the final whistle the Carrick based side sealed the win with their third goal.