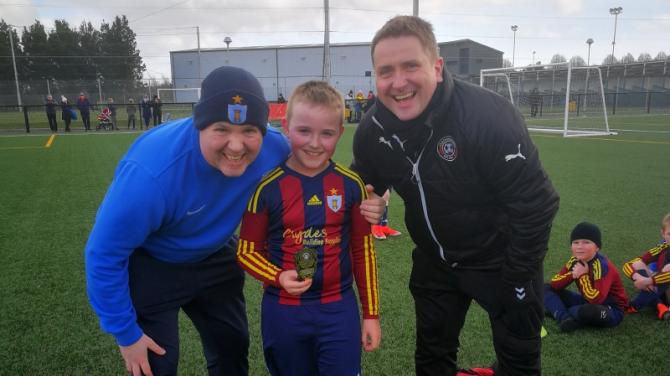 McKibbin and Wright gave C4C a 2-nil lead at half-time.

The wet and windy conditions made play difficult for both teams but C4C stayed strong in defence and created a number of openings.

The three points were sealed in the second half when Kernohan found space 25 yards from goal and found the top corner with a strike worthy of winning any game.

Player of the match was Luke McLaughlin who was commanding in central defence.

C4C were playing some great football when Carnmoney went into the lead.

The boys stayed focused and were moving the ball around nicely.

Great footwork by Forsythe created space and he played a pass to McClintock set up Fulton who smashed the ball home.

Carnmoney FC went ahead, a goal which proved to be the winner.

A great display from the boys and their attitude to keep playing was encouraging.

Player of the match - Calum Smyth

U16 v Colinvalley - A disappointing result in tough conditions.

A big thanks to Colinvalley for the hospitality after the game.